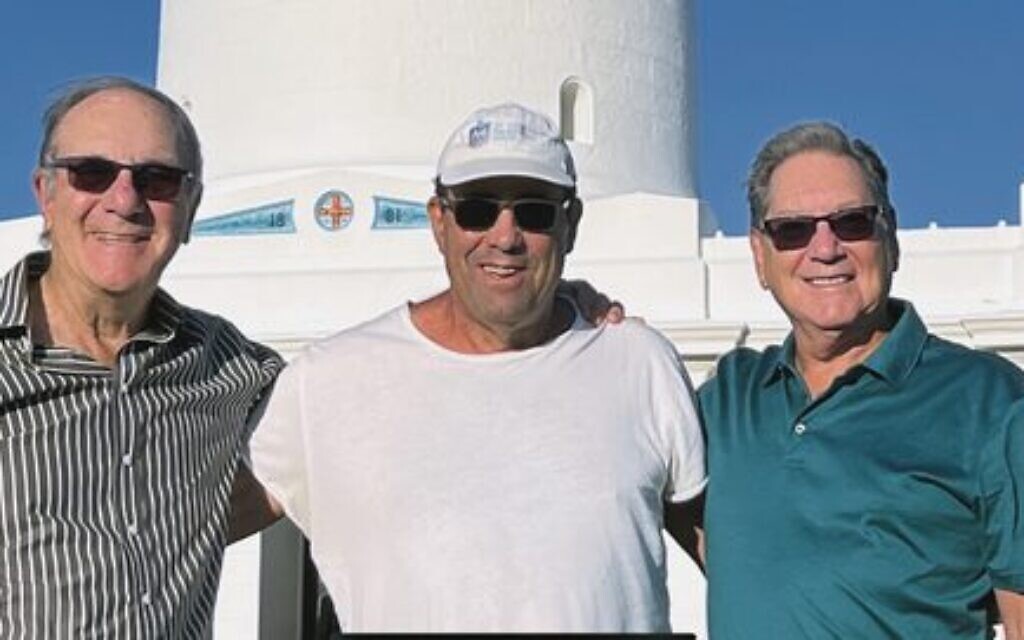 It is with good reason that Brian Fine and Michael Fisher were brought in to raise funds to save Jewish orphans in Ukraine.

Fine and Fisher, along with Gary Meyers, are members of a social group in Sydney called Alte Zagen, which was started around 10 years ago by six like-minded men, but since then has around 90 members.

Fine and Fisher’s fathers were Ochberg orphans rescued from Ukraine 100 years ago, and that was the inspiration behind their current fundraising campaign.

As part of their current fundraising campaign, Meyers challenged themselves to complete a 70km walk from Macquarie Lighthouse in Watson’s Bay to the Sea Cliff Bridge in Stanwell Park, and were thrilled to raise $20,000 for United Israel Appeal.

An estimated 200,000 children in Ukrainian orphanages are at risk. The first refugees welcomed to Israel were 100 children from an orphanage in Zhytomyr, Ukraine. Keren Hayesod-UIA is working to save thousands more and bring them to safety in Israel.

“Our original goal of $500 was instantly reached thanks to the very generous support of Alte Zagen members and bolstered by a personal walking challenge from Gary Meyers,” Fine said.

UIA CEO Yair Miller praised the efforts of Meyers, Fine and Fisher and the rest of the Alte Zagen Group.

â€œWe are very grateful to Gary, Brian and Michael for their efforts which have raised an incredible amount of money for some of the most vulnerable Jewish refugees from the war unfolding in Ukraine,â€ he said.

“Thanks to Gary’s efforts to complete the walk and everyone who donated, we will be able to help these orphans in such a tangible way. As the main organization responsible for the rescue and integration of Jews in distress, UIA Australia is so privileged to have been the beneficiary on behalf of our beneficiaries of this incredible generosity of time, effort and resources.

The Alte Zagen (meaning â€œold thingsâ€ in Yiddish) is mostly made up of men aged 60 and over, retired or semi-retired. They meet for lunch once a month to promote community involvement and fellowship. Members are also encouraged to contribute to the tzedakah box at each meeting to raise funds for many local and Jewish causes.

During the pandemic, when virtual meetings were held, around 150 attendees joined in Sydney, interstate and overseas.