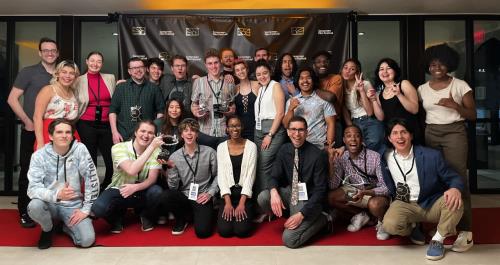 The Sonscreen Film Festival offers young filmmakers the opportunity to showcase their useful and relevant productions focused on social awareness, awareness and uplifting entertainment. This year, 23 Southern film students attended the festival, which was held at the Loma Linda University Church in California. While students from the South have attended the festival for nearly 20 years, this year’s group was the largest.

“Presenting your work to an audience and answering questions is such a valuable experience and reward for any filmmaker,” said Nicholas Livanos, associate professor of filmmaking at Southern. “I am so grateful that my students have had the chance to share their hard work with peers and industry professionals; we are training the next generation of Christian filmmakers.

Michaela Hounslow, a senior, felt honored to receive the highest honor and thanks her film crew for their perseverance throughout the process.

“Making films is a vulnerable and exhausting process, and when that work is rewarded, it’s a special encouragement,” Ms Hounslow said. “I strive to tell stories that showcase a sense of humanity in places where people don’t expect to see it. Stories have preserved our thoughts, ideas, fears and hopes for generations, and I am honored to be part of this tradition.