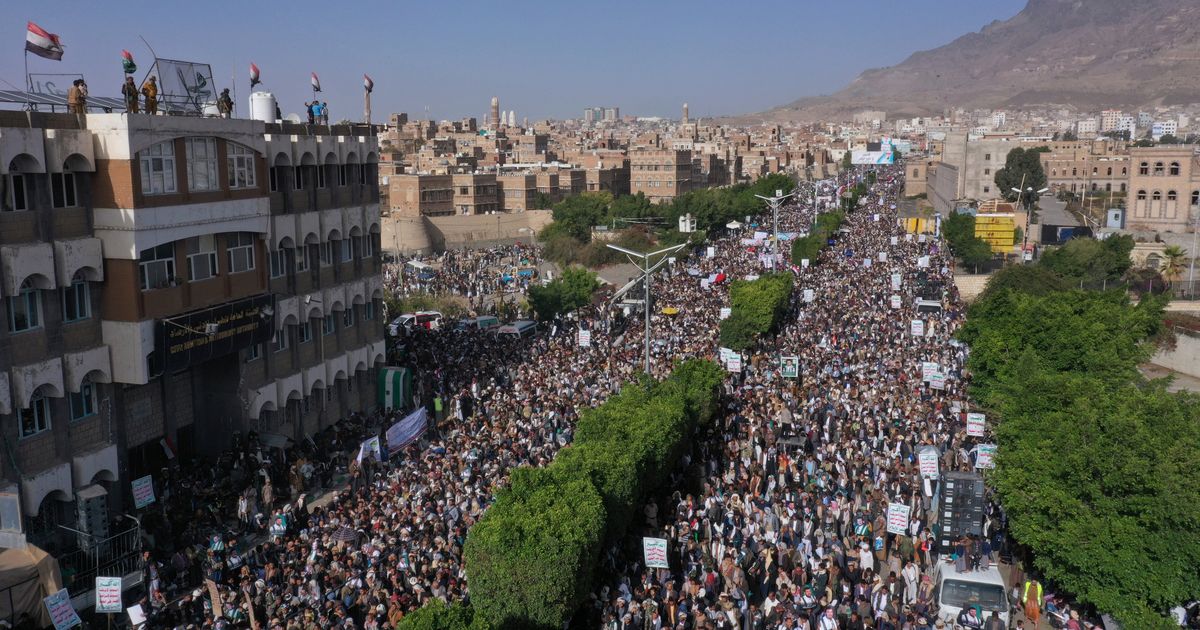 DUBAI, United Arab Emirates — The Saudi-led coalition fighting rebels holding Yemen’s capital has scheduled a unilateral ceasefire to begin early Wednesday ahead of the Muslim holy fasting month of Ramadan. The Houthis dismissed the proposal as “meaningless” without the coalition fully reopening the country’s ports.

The coalition planned to start the unilateral ceasefire at 06:00 (0300 GMT) to facilitate negotiations in the kingdom that Yemen’s Houthi rebels are boycotting.

Brig. General Turki al-Maliki, spokesman for the Saudi-led coalition, said on Tuesday evening that it would “take all steps and measures to achieve the ceasefire…and create a positive environment during the holy month of Ramadan to make peace and end the crisis.

However, the announcement raised immediate doubts as the Iran-backed rebels are skipping the summit in Saudi Arabia, convened by the Saudi-based Gulf Cooperation Council, because it is taking place in their adversary’s territory.

Other unilateral ceasefires announced by the coalition over the past two years have quickly collapsed.

Within hours, a Houthi official named Mohammed al-Bukaiti rejected the offer for the continued closure of Sanaa airport and restrictions on the country’s ports by the Saudi-led coalition.

“If the blockade is not lifted, the coalition’s declaration of aggression to stop its military operations will be meaningless because the suffering of Yemenis as a result of the blockade is more serious than the war itself,” he said. he wrote on Twitter.

It was not immediately clear how long the unilateral ceasefire would last and how the coalition would react if the Houthis did not comply.

The United Nations and others had been pushing the warring parties to reach a truce for Ramadan, as has happened tenuously in the past. Ramadan is expected to begin this weekend, depending on the sighting of the new crescent moon.

The GCC, which is a six-nation club comprising Bahrain, Kuwait, Oman, Qatar, Saudi Arabia and the United Arab Emirates, began talks in Riyadh on Tuesday. The summit is expected to continue until April 7.

The talks saw al-Hajraf, a Kuwaiti politician, discuss “efforts to stop the war and ways to achieve a comprehensive peace to alleviate the human suffering witnessed by the Yemeni people”, according to the Saudi-run news agency. by the state.

Al-Hajraf attended the World Government Summit in Dubai on Tuesday, but did not speak about Yemen during his appearance. He refused to answer questions from an Associated Press reporter as he rushed out of the building, saying, “I have a flight to catch.”

Hours later, the GCC issued a statement quoting al-Hajraf calling on all warring parties to cease fighting, while again calling on the Houthis to take part in negotiations.

The rebels, who over the weekend attacked an oil depot in the Saudi city of Jeddah ahead of a Formula 1 race there, called for the talks to be held in a “neutral” country.

“The Saudi regime must prove its seriousness towards peace…by responding to a ceasefire, lifting the siege and expelling foreign forces from our country,” Houthi spokesman Mohammad Abdul-Salam wrote on Twitter. . “Then peace will come and it will be time to talk about political solutions in a serene atmosphere away from any military or humanitarian pressure.”

However, a Geneva-based, Yemen-focused rights group, SAM, accused the Houthis of arresting three Yemeni civil rights activists in Ibb province who were planning to attend the Riyadh talks. The Houthis did not respond to questions about the arrests.

Iranian Foreign Ministry spokesman Saeed Khatibzadeh backed the Houthis’ position in a statement on Tuesday. He also noted that Ramadan was near and said a possible prisoner exchange could help ease tensions.

“The plan proposed by Sanaa in good faith carries a strong message suggesting a firm determination to end the war, lift the cruel blockade imposed on the population and resolve the crisis in Yemen through political means,” Khatibzadeh said.

US Secretary of State Antony Blinken spoke to Saudi Foreign Minister Prince Faisal bin Farhan on Monday evening. The State Department said the two men “discussed support for the UN’s proposal for a Ramadan truce in Yemen and efforts to launch a new, more inclusive and comprehensive peace process.”

The US special envoy for Yemen, Tim Lenderking, traveled to Riyadh to participate in the talks.

The United States under President Joe Biden withdrew from the Saudi campaign while continuing to supply the kingdom with new air defense missiles.

The war in Yemen began in September 2014, when the Houthis invaded the capital, Sanaa, from their northwest stronghold in the Arab world’s poorest country. The Houthis then pushed into exile the government of President Abed Rabbo Mansour Hadi, elected in 2012 as the sole candidate after the long reign of Ali Abdullah Saleh.

A Saudi-led coalition, including the United Arab Emirates, went to war in March 2015 in an attempt to restore Hadi’s government to power. But the war dragged on for long bloody years, pushing Yemen to the brink of starvation.

More than 150,000 people have been killed in the war, according to the Armed Conflict Location and Event Data Project. These include both combatants and civilians; the most recent figure for civilian deaths in the conflict in Yemen stands at 14,500.

Additionally, Saudi airstrikes have killed hundreds of civilians and targeted the country’s infrastructure. The Houthis have used child soldiers and planted landmines indiscriminately across the country.

Meanwhile, gunmen shot dead a security guard in the southern Yemeni port city of Aden on Tuesday, security officials said, speaking on condition of anonymity as they do not were not allowed to brief journalists.

They identified the slain officer as Captain Karam al-Mashraqi of the UAE-backed Seat Belt Militia. Al-Mashraqi was the second senior security official killed this month in Aden, the seat of Hadi’s government.

No one immediately claimed responsibility for the murder.