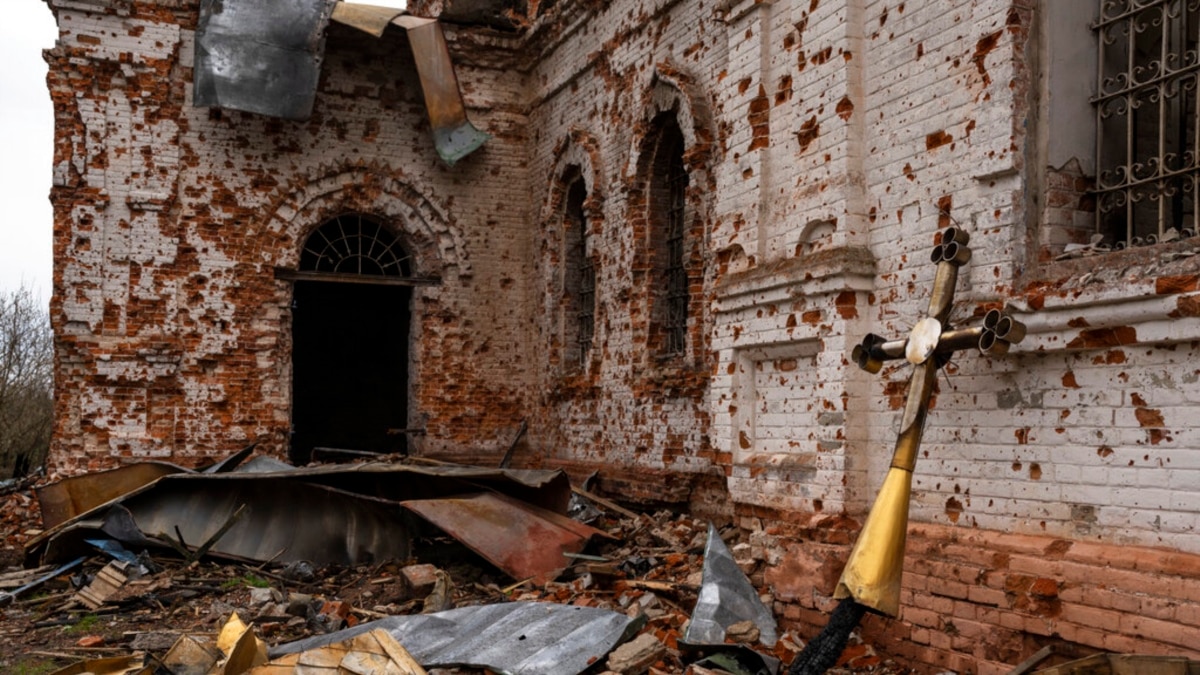 France and Germany have armed Russia with nearly $300 million worth of military equipment that is ‘probably used in Ukraine’, according to an exclusive report, based on European Commission data, in The telegrapha British newspaper.

The material was sent, the newspaper reports, despite a European Union-wide arms embargo imposed on Russia following Russia’s annexation of Crimea in 2014.

Germany defended the sales, saying the items were “dual-use” equipment and that Russia said they were needed for civilian, not military use.

At least 10 EU member states have sent nearly $380 million worth of military hardware to Russia, The telegraph reported, 78% of this total coming from French and German companies.

Other European countries that have sold weapons to Russia include Austria, Britain, Bulgaria, the Czech Republic and Italy, according to The telegraph.

Cristian Terhes, Romanian Member of the European Parliament, shared with The telegraph the EU’s analysis of the investigation into countries that have sold military goods to Russia.

Ukrainian President Volodymyr Zelenskyy on Friday seized on a Russian general’s remarks as proof that Moscow would invade other countries if it succeeded in Ukraine. The general had said that Russia aimed to capture all of southern and eastern Ukraine and link it with a breakaway province in neighboring Moldova.

“It only confirms what I have said many times before: Russia’s invasion of Ukraine was just the beginning,” Zelenskyy said in his Friday evening speech.

He said comments earlier Friday by Rustam Minnekayev, deputy commander of Russia’s Central Military District, show that Russia will not stop at Ukraine.

Russian state news agencies quoted Minnekayev as saying that Moscow wanted to seize all of Ukraine’s eastern Donbass region, provide a land corridor to connect the Crimean peninsula and capture all of the country’s south as far east as west than a breakaway region of Russian-occupied Moldova. This would mean taking the offensive hundreds of kilometers beyond the current lines and up to the border with Moldova.

Moldova summoned the Russian ambassador on Friday to express its “deep concern” at the general’s remarks.

Ukraine’s Defense Ministry said the Russian general’s comments showed Russia’s previous claims that it had no territorial ambitions were not true.

“They have stopped hiding it,” Ukraine’s Defense Ministry said on Twitter, adding that Russia has “recognized that the goal of the ‘second phase’ of the war is not victory over the mythical Nazis. , but simply the occupation of eastern and southern Ukraine. Imperialism as it is.”

Russian President Vladimir Putin has previously said that Russia has no intention of permanently occupying Ukrainian cities. Russia annexed Crimea in 2014, a move widely condemned by the international community.

The Russian Defense Ministry acknowledged for the first time on Friday that the crew of the guided-missile cruiser Moskva suffered losses when the ship sank last week.

He said one soldier died and 27 are missing.

Ukraine and the United States said the ship was hit by Ukrainian cruise missiles, while Russia blamed the sinking on a fire.

The Pentagon said on Friday that US Secretary of Defense Lloyd Austin would hold a meeting April 26 in Germany with defense officials and military leaders from more than 20 countries to discuss Ukraine’s defense needs.

Pentagon press secretary John Kirby said about 40 nations had been invited to the meeting and responses were still coming in.

He said the talks, which include both NATO and non-NATO countries, will be held at Ramstein Air Base on Tuesday.

Zelenskyy said Friday that the allies were finally delivering the weapons Ukraine had sought to defend itself.

Canada announced on Friday that it had provided heavy artillery to Ukraine, following a promise from Prime Minister Justin Trudeau.

In diplomatic activity on Friday, US Secretary of State Antony Blinken met with Ukrainian Prime Minister Denys Shmyhal in Washington. The State Department said Blinken “strengthened our resolve to help Ukraine successfully defend itself against Russia’s brutal and unwarranted war of aggression.”

The UN announced on Friday that Secretary General Antonio Guterres would meet Putin in Moscow on Tuesday. He will also organize meetings and a working lunch with Foreign Minister Sergey Lavrov.

Guterres will then travel to Ukraine on Thursday, where he will meet with Zelenskyy and Foreign Minister Dmytro Kuleba. The UN said it would also meet with staff of UN agencies to discuss increasing humanitarian aid to Ukrainians.

The UN chief wrote to Putin and Zelensky earlier in the week asking for meetings to discuss next steps towards peace in Ukraine.

Guterres also called for a four-day humanitarian break this week to coincide with Orthodox Easter, which is celebrated in Ukraine and Russia. So far, these efforts have failed.

At a Friday news conference in Moscow, Lavrov said talks to end the fighting in Ukraine had stalled because kyiv had failed to respond to Moscow’s latest proposals.

“Another proposal that we sent to Ukrainian negotiators about five days ago, which was drafted taking into account their comments; it remains unanswered,” said the head of Russian diplomacy.

However, Russia’s chief negotiator in the talks with Ukraine, Putin’s aide Vladimir Medinsky, confirmed that he engaged in several lengthy conversations with the head of the Ukrainian delegation on Friday, the Associated Press reported. .

In Geneva, the UN human rights office said on Friday there was mounting evidence that Russia had committed war crimes in Ukraine.

The UN said it appeared Ukraine had also used weapons with indiscriminate effects.

Margaret Besheer, VOA correspondent at the UN, contributed to this report.

Some information for this story comes from The Associated Press and Reuters.