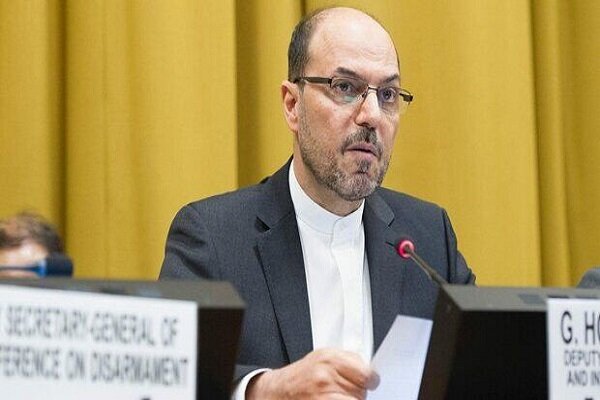 Speaking at the 6th conference in support of the future of Syria and the region held on Tuesday evening in the Belgian capital, Brussels, Gholamhossein Dehghani said that respect for territorial integrity and Syria’s sovereignty is the only possible way for peace, dialogue and a political solution to the crisis. as well as the reconstruction of Syria with a focus on the Syrian government.

Dehghani pointed to the dual approach of some Western countries towards extremist groups which divide them into good and bad terrorism and added that there is no good or bad terrorism and such a narrow division leads to expansion of the crisis and the endangerment of global security because terrorism cannot be limited to a specific region.

While listing Iran’s humanitarian measures in Syria such as building schools, health and treatment centers, coronavirus-related aid, and helping rebuild economic and industrial infrastructure in the country, the Iranian envoy condemned the international community’s silence in the face of the Zionist regime’s atrocities on non-military centers in Syria.

Dehghani called these actions a clear violation of the UN Charter.

The solution to the Syrian crisis can only be achieved through a comprehensive approach that covers all aspects of the problem, including the end of illegal sanctions, the return of all Syrian refugees, the cessation of Zionist attacks on Syria and the increased humanitarian aid to that country, he added.