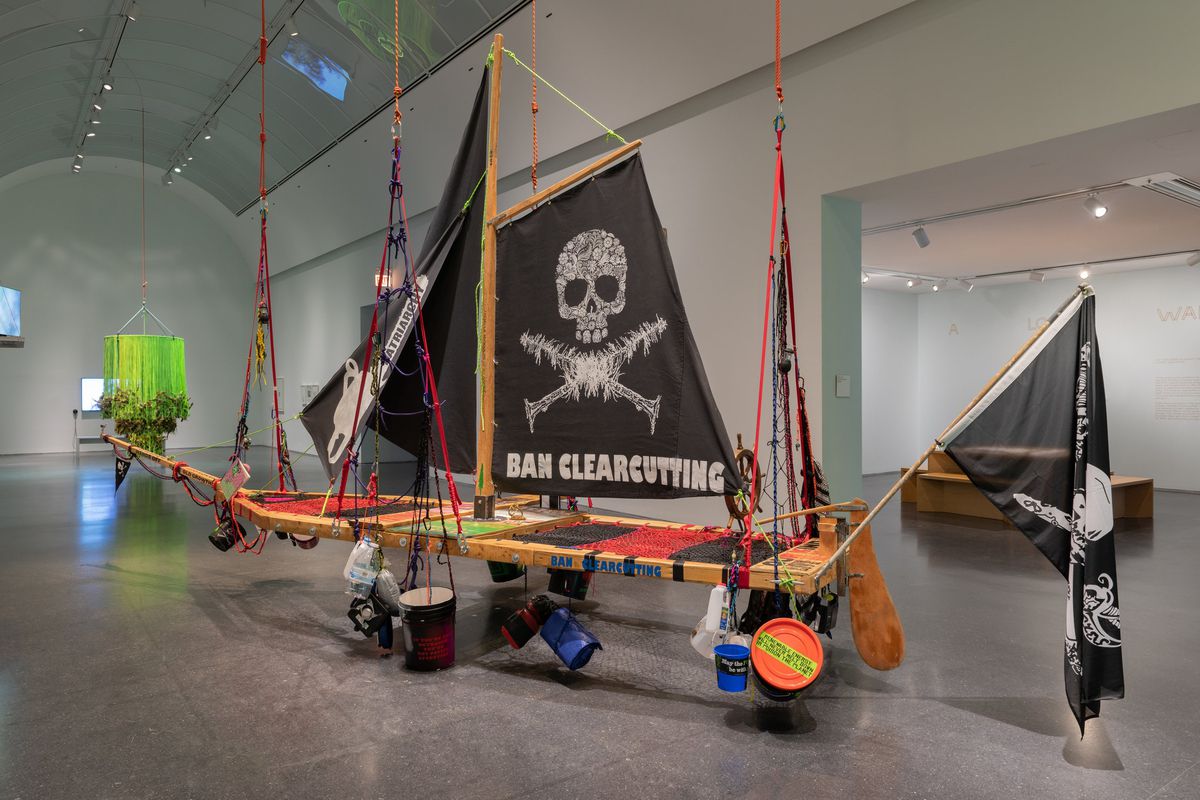 Scattered throughout the exhibition are drawings of individuals, based on photographs Bowers took over many years of participating in political marches. The images are small and meticulous, and they float on their own on large sheets of white paper, allowing people and their signage to stand out in a way they can’t in a crowd. Respectful and attentive, moving in their humanity, the images are also disturbing in their elision of collective action and solidarity which are an integral part of the protest. This focus on the individual returns in Bowers’ video portraits of activists such as Malian singer Fantani Touré, who campaigned against female circumcision, environmental provocateur Tim DeChristopher and Emma Goldman, the anarchist and pioneer of free love. In their engagement, power, and eccentricity, each of these topics is a fascinating study. Less Bowers herself, who walks past the camera for a nonviolent forest defense training session with veteran John Quigley and, a few years later, is arrested along with Quigley and two other activists in a failed effort to protect a grove of ancient trees in Arcadia. There’s a spooky design of her photo ID and a “radical feminist pirate ship tree seating platform,” which looks silly and youthful rather than strong and impressive. But there is also a breathtaking elegy to the grove, which was ultimately clear cut: a majestic neon green paracord chandelier from which still scent remnants of woodchips hang.