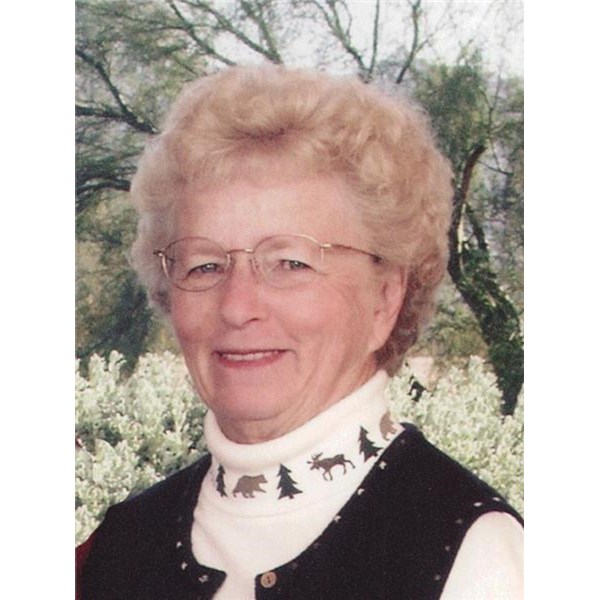 KEARNEY – Nora Dyer, 89, of Kearney passed away on Saturday October 23, 2021 at St. John’s Nursing Home in Kearney.
The funeral will be on Friday at 10 a.m. at Sumner United Church with the Reverend Ken Hutson as celebrant.
Interment to follow at Sumner Cemetery.
Visitations will be Thursday from 5:30 p.m. to 7 p.m. at the O’Brien Straatmann Redinger Funeral Home in Kearney.
–
Nora Ellen Blumanhourst Dyer was born December 11, 1931 to Alfred and Rachel (Mason) Blumanhourst in Sumner. They moved to the farm in West Sumner when she was 3, attending Jewel Country School until grade six. Her teacher was Marge Pierce. Then she attended Sumner High School. After graduating, she worked at the Buffalo County Courthouse in the Treasurer’s Office.
On November 9, 1949, she married Vernon Dyer at the First United Methodist Church in Lexington. They lived on a farm near Sumner until they bought Dyer Tavern, which they had owned for 21 years. Betty (Eggers), Robert (Janet Hagan) and Rhonda (Douglas King) were born from their marriage. After selling the tavern in 1971, Nora worked at Kearney a year at Central Typewriter, then at the Dawson County Courthouse 21 years for the surveyor’s office, and weeding.
She volunteered for school activities and was active with the Jolly Janes Club (a community service and social group in Sumner) and the Legion Auxiliary. She was the first President of the Sumner Alumni Association and served on the Selective Service Board for 20 years at the local and district levels. She was also a caregiver for relatives, friends and neighbors. With her tailoring and tailoring skills, she enjoyed making baby quilts, tablecloths and blankets for family members and friends. She also loved her flowers and tended large vegetable gardens and was known to bake pies. Vernon and Nora enjoyed country music and dancing at Miller Hall. They learned square dancing and enjoyed playing cards.
They were dedicated grandparents who attended many of their grandchildren’s events as they grew older. Many family outings of hunting, fishing and camping. They have each won several “Master Angler” awards. They also enjoyed traveling in their fifth wheel trailer, taking it south through the winters of 1995-2001, then eventually owning a winter home in Arizona (2002-2010). Their Sumner home suffered extensive fire damage in 2008, which prompted them to move to Kearney.
Survivors include her children, Betty Eggers, Robert (Janet Hagan) Dyer and Rhonda (Douglas King); brother, Dean (Lorraine) Blumanhourst; sisters, Elsie Dockweiler and Doris Dockweiler; sisters-in-law, Merna Blumanhourst, Doris Blumanhourst, Donna Dyer, Jan Dyer and Pat (Keith) Scoville; eight grandchildren; 15 great-grandchildren; a great-great-grandchild; as well as several other nieces, nephews, relatives and friends.
She was predeceased by her husband, Vernon Dyer; parents, Alfred and Rachel Blumanhourst; brothers, Alfred and Alvin Blumanhourst; brothers-in-law, Don Dockweiler, Dan Dockweiler, Wayne Dyer, Dick Dyer and Jim Dyer; sister-in-law, Mary Dyer; son-in-law, Gordon Eggers.
Memorials are suggested at Sumner United Church or Sumner American Legion Post 41.
Visit osrfh.com to leave your condolences.