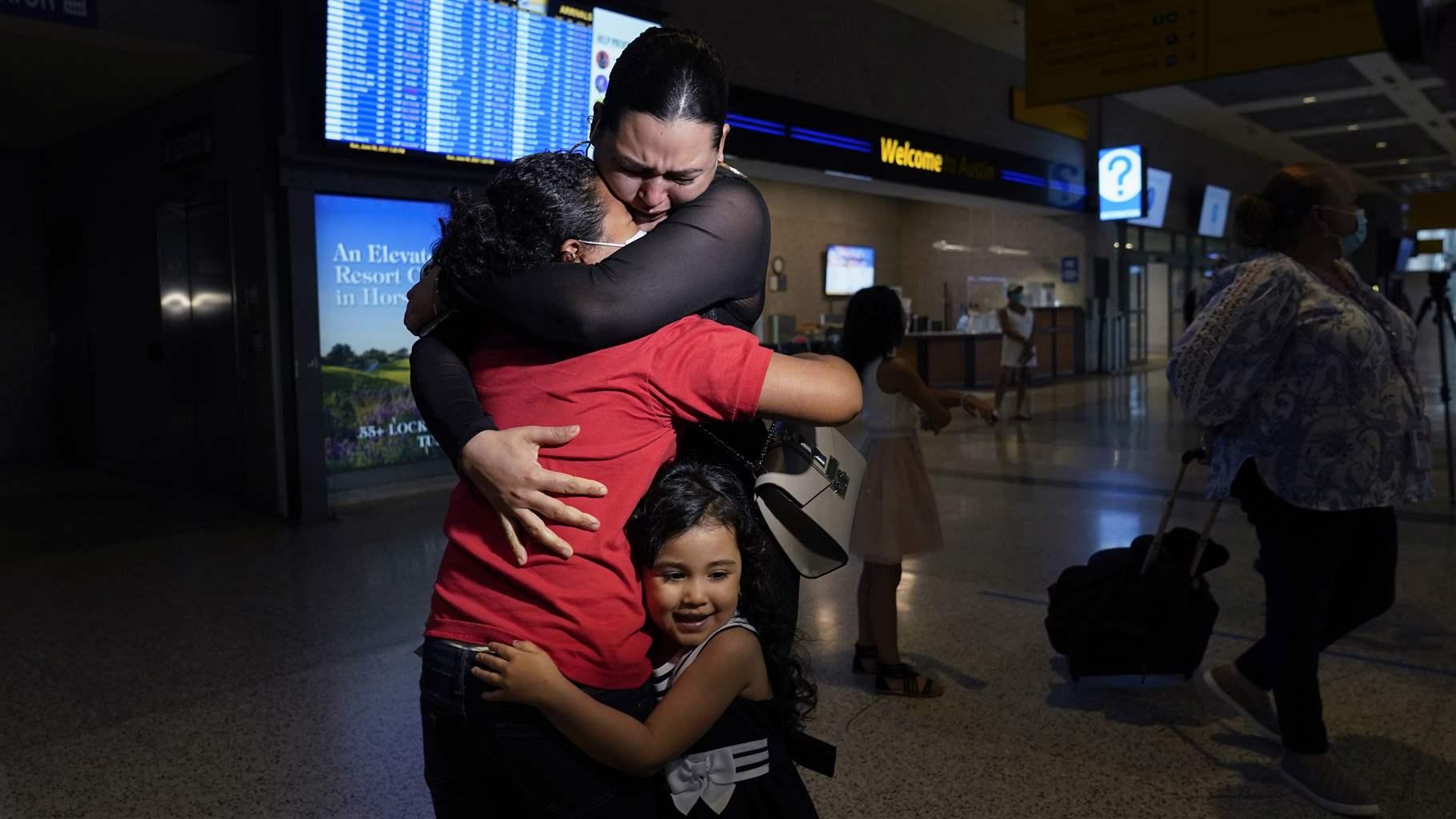 An unprecedented number of unaccompanied migrant children have been placed with sponsors in states across the country this year, despite attempts by some Republican governors to block them. Today, thousands more could arrive as part of a new federal program designed to pave the way for children left in Central America to join immigrant parents who live legally in the United States.

More than 130,000 unaccompanied minors illegally crossed the southern border of the United States from October 1, 2020 to the end of August, an increase of more than 300% from the previous year, according to customs and law data. US border protection.

To encourage a legal and safe alternative to the dangerous journey some children are now taking to reach the United States, the Biden administration has revived the Obama-era Central American minors program. It allows certain parents living legally in the United States to request that their children under the age of 21 in Guatemala, El Salvador or Honduras be interviewed in their country of origin for resettlement.

But critics argue the program is a roundabout approach to immigration that fails to address the ongoing border crisis. They say this puts additional pressure on an already overburdened refugee resettlement program and on schools and health care in states where these unaccompanied minors are resettled.

A handful of states were more affected by the influx. At least 70% of the 75,165 unaccompanied minors treated between October 2020 and August by the Refugee Resettlement Office were placed with sponsors in 10 states. Texas got the most placements, followed by Florida, California, New York, New Jersey, Maryland, Virginia, North Carolina, Georgia and Tennessee.

Many localities and public schools have been caught off guard by these arrivals, said lead researcher Nayla Rush of the Center for Immigration Studies, a Washington, DC-based organization that advocates for tighter restrictions on immigration.

“If someone were to send people to my house, I would need time to prepare,” said Rush. “I’m not saying you have to say ‘no’ or that you have to say ‘yes’, but I am saying that I think that is the minimum that you are telling the localities.”

This spring, the Biden administration was forced to open dozens of emergency reception centers across the country and contact state foster care providers to help them house unaccompanied children. during the initial influx. In April, the Republican governors of Iowa, Nebraska, South Carolina, South Dakota and Wyoming said they would try to stop the federal government from placing unaccompanied minors in their states.

The governors of those states did not return several requests for comment on the reinstated program for Central American minors.

Republican Gov. of Tennessee Bill Lee, who had taken in refugees in the past, blamed the lack of transparency in President Joe Biden’s administration for its denial in May of unaccompanied minors to the state, according to a report released in June in the Tennessee.

“States don’t know when these unaccompanied minors are brought into the states, and that’s the biggest challenge for us,” Lee said, as quoted by the newspaper. “The problem is different because of the lack of accountability, the lack of understanding where these children come from and where they are going.”

In June, after the Biden administration first announced it would revive the Central American miners program, U.S. Representative Bob Good, a Republican from Virginia, introduced a bill that would prevent all federal funding. to be used to carry it out. The House bill, which remains in committee, has 23 Republican co-sponsors.

“The Biden administration continues to implement policies to incite illegal immigration. Its new government program will now reward illegal aliens with a plane ticket for other family members, ”Good wrote in a press release. “My legislation will ensure that no US taxpayer will be used to foot the bill for a taxi service for foreigners entering the country illegally.”

But immigration advocates say the program provides a legal route for children to safely reunite with their parents.

The first time Johana Garcia hugged her mother was on January 31, 2017, at the Houston airport, after arriving as a beneficiary of the Central American Underage Program. She was 16 years old.

“I had only seen her in pictures,” Garcia said in Spanish in an interview with Stateline. “We both cried a lot.”

Her mother left for the United States in 2001, shortly before a catastrophic 7.6 magnitude earthquake in El Salvador, and has been here under Temporary Protected Status since then. Garcia was raised by her grandmother, but at age 14 she began to be harassed by gang members in her neighborhood.

“If I had stayed or had been refused, I wouldn’t have been able to leave my house because it was not safe for me to go out,” Garcia said. “My dreams of going to school, graduating and someday owning my own business would have come to an end. “

Garcia, now 21, is a senior at Lone Star College studying for a business administration degree.

The Central American Underage Program, active from 2014 to 2017, when the Trump administration ended it, requires parents to live legally in the United States. The parent can be a permanent resident, or under temporary or pending legal status.

Applicants with a biological relationship to the child must undergo a DNA test to prove the link. Biological and adoptive parents must provide documents proving that they are the legal guardian. The child must have a credible fear of being persecuted because of his race, religion, nationality, political opinion or membership of a particular social group.

The application is free, but parents should contact a relocation assistance center in their state to apply. Refugee resettlement organizations, including the Y, Catholic Charities USA, and Lutheran Immigration and Refugee Services, help parents apply, coordinate interviews, and arrange travel if the child is approved.

Central American minors who are not eligible for refugee status but who are at risk of harm are automatically considered for parole in the United States. Parole allows individuals to stay in the United States temporarily and apply for work authorization if they are over 16. According to court documents, around 1% of people who applied to the Central American juvenile program were denied both refugee status and parole.

Garcia received a two-year permit to live and work in the United States as a parolee under the program, but it expired in 2019. For the past two years, she has been in limbo awaiting the return of the program so that she can renew her legal authorization. status.

Dario Lipovac, senior director of the YMCA International Services program in Houston, said his organization received calls from newly interested parents as well as those who were on hold when former President Donald Trump ended the program shortly after taking office.

At least 1,335 children have arrived in the United States under the program, while some 2,700 others who have been approved have been left in their countries of origin because the program has ended. In March, the Biden administration began processing some of the pending requests.

Lipovac said his office had successfully processed around 40 requests under the previous version of the program. He said many applicants said their child in Central America was extorted by gangs targeting them because they knew their parents were in the United States.

“This program allows you to get it right without exposing your child to the insecure trip through Central America or Mexico,” Lipovac said, encouraging parents to apply. “We expect a lot more people to apply this time around and hope the process will be faster.”