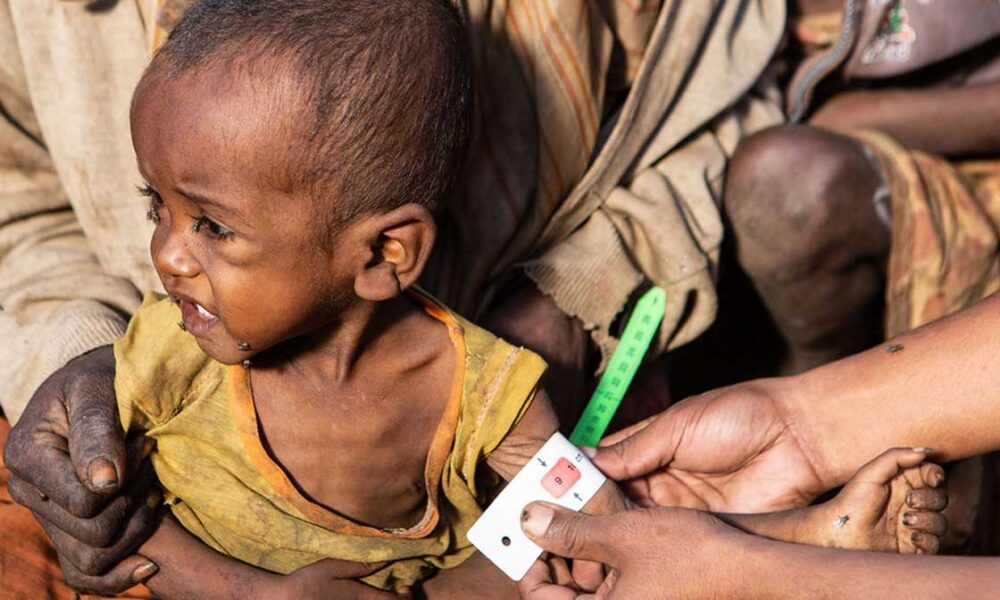 More than a million people in southern Madagascar are struggling to get enough to eat, due to what could become the first famine caused by climate change, according to the World Food Program (WFP).

The region has been hit hard by successive years of severe drought, forcing families in rural communities to resort to desperate measures just to survive.

Madagascar, the fourth largest island in the world, has a unique ecosystem that includes animals and plants that are not found anywhere else on the planet. The country experiences a dry season, usually from May to October, and a rainy season that begins in November.

“There is of course less rain, so when there is the first rain, maybe they can have hope and sow seeds. But a little rain is not a good rainy season, ”she said.

“So what we can say is that the impacts of climate change are really getting stronger… so harvests are constantly failing, so people have nothing to harvest and nothing to replenish their food stocks. ”

Ms. Rahmoun was recently in southern Madagascar, where WFP and its partners are supporting hundreds of thousands of people with short and long-term assistance.

The impact of drought varies from place to place, she said. While some communities have not had a suitable rainy season for three years, the situation could be even worse 100 kilometers away.

She remembers seeing villages surrounded by dry fields and tomato plants “completely yellow, even brown” for lack of water.

“In some areas they can still plant something, but it’s not easy at all, so they’re trying to grow sweet potatoes. But in other areas, absolutely nothing is growing right now, so people only survive by eating locusts, fruits and cactus leaves, ”Ms. Rahmoun said.

“And, just by way of example, the leaves of cacti are generally intended for cattle; it is not for human consumption.

The situation is even more dramatic because, she added, “even the cacti are dying from drought, lack of rain and lack of water, so it’s really, really worrying.”

Families are barely making it

The plight of families is also deeply troubling. “People have already started to develop coping mechanisms to survive,” she said.

“And that means that they sell cattle, for example, to make money to be able to buy food, whereas before, they could feed and feed themselves from their own agricultural production, so that really changes the situation. everyday life of people. ”

Valuable goods such as fields and even houses are also put up for sale. Some families have even taken their children out of school.

“It is also a strategy at the moment to rally the strengths of the family to find income-generating activities involving children, so this obviously has a direct impact on education,” Ms. Rahmoun said.

WFP is working with humanitarian partners and the Malagasy government to provide two types of response to the crisis. Some 700,000 people are receiving life-saving food assistance, including complementary items to prevent malnutrition.

“The second is a longer-term response to enable local communities to better prepare for, respond to and recover from climate shocks,” Ms. Rahmoun said. “So that includes resilience projects such as water projects. We are doing irrigation canals, reforestation and even microinsurance to help small farmers recover from a lost harvest, for example.

WFP ultimately aims to support up to one million people by April and is seeking nearly $ 70 million to fund its operations. “But we are also involving more partners to find and finance solutions to climate change for the community to adapt to the impacts of climate change in southern Madagascar. ”

In just over a week, world leaders will gather in Glasgow, Scotland for the UN climate change conference COP26, which the UN Secretary General António Guterres called the last chance to “literally turn the tide” on a struggling planet.

Ms. Rahmoun said that WFP wanted to use the conference to move from crisis response to risk management.

Countries must be prepared for climate shocks, and they must act together to reduce the severe impacts on the world’s most vulnerable people, including villagers in southern Madagascar.

“COP26 is also an opportunity for us to ask governments and donors to prioritize funding for climate adaptation programs, to help countries develop a better risk management system, and even to Madagascar, because if nothing is done, hunger will increase exponentially in the next few years because of climate change, ”she said, adding:“ not only in Madagascar, but in other countries ” .