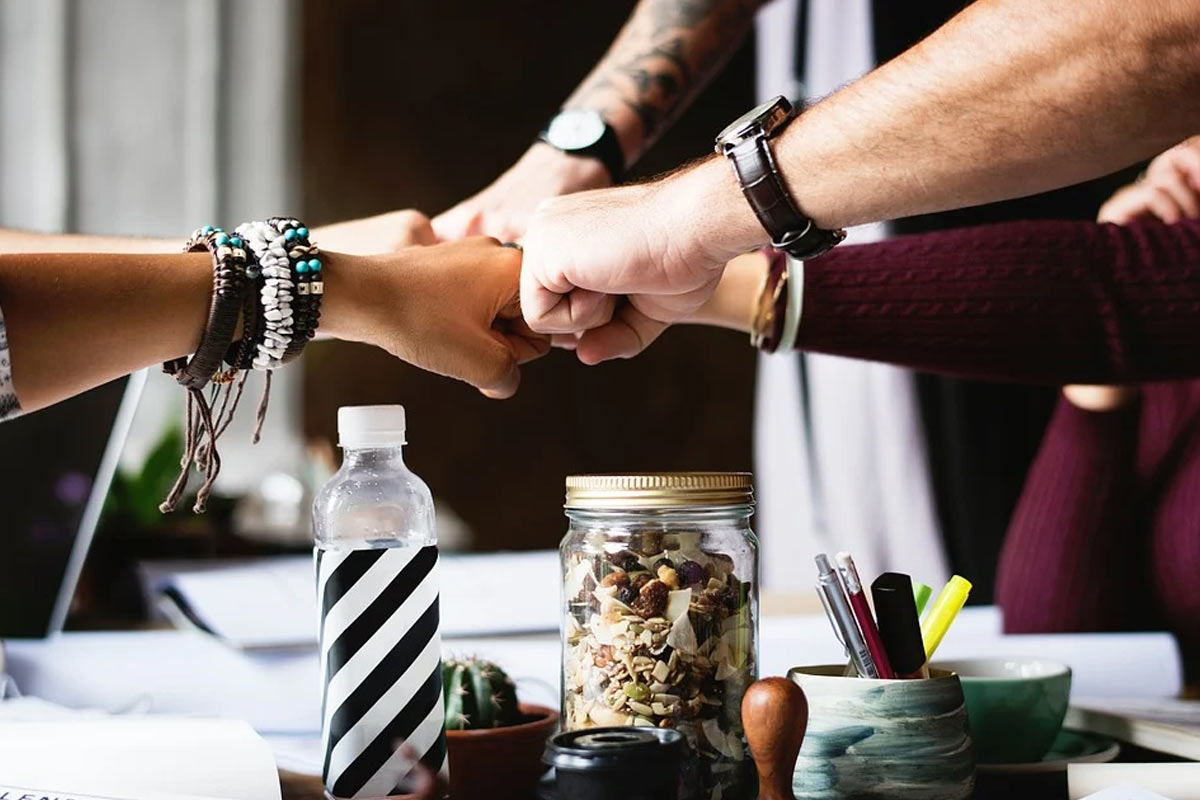 On World Mental Health Day, the author denounces the myth that asking for help is weak, adding that as a society we need mutual care and interdependence.

On World Mental Health Day this year, my thoughts are with those around me (myself included) who quietly take on the impossible and lonely task of coping with disabilities, chronic pain and challenges. mental / physical illnesses without the social support system they deserve. Some are even caregivers themselves who cannot take a break. I see and read about so many, many people who are content with the meager social resources they have to stay alive. The COVID-19 pandemic has only made this situation worse – some of those infected have had access to better care than others.

The internet tells me that the politics, ethics and economics of interpersonal, institutional and social care are an extremely complex subject that I can only scratch the surface of here. An article titled ‘The Politics of Care’ in the journal Contemporary political theory describes care, in part, as “… a mutual aid resource, … a non-biological kinship arrangement, a collective survival strategy …”. The word “mutual” evokes interdependence, a system in which we are all responsible for each other – as opposed to the capitalist notion of the hyper-independent individual. Writer and disability activist Srinidhi Raghavan, in a must-read essay, writes: “I feel the burden of having to rely on myself in a world that values ​​independence.

In such a world, the lack of social and institutional support systems, especially for the marginalized, the oppressed and the disabled, is crippling for individuals who bear the brunt of the trauma inflicted by oppressive socio-economic structures. The frequent suicides of caste-oppressed students in educational institutions and farmers are one example. One can only hope that initiatives like the Bridge the Care Gap campaign have the potential to infiltrate this country’s most disadvantaged communities.

Cultural and academic critic Caleb Luna has written a widely read essay on “care economies” and how we prioritize caregiving in romantic relationships and the family unit over other types of relationships. They write about suicide:

“Suicide is a complicated and difficult decision, and maybe for many it cannot be changed by the care of others. But the relationship to the care I receive or don’t receive and the intensity and frequency with which I experience suicidal ideation suggest a connection with me.

In this type of society, the attention given to the concept of care is far from sufficient, in part because of misconceptions about what care entails. Srinidhi Raghavan writes:

“The word ‘care’ is often understood as a burden. That attention can involve pleasure is almost unheard of. We are all part of the constant ableism dialogue that having needs or a chronically ill body that needs to use the toilet frequently or the dark room for weeks on end is too demanding.

I am here to say that individual independence is a myth. This myth is very harmful to people with mental illness or those who have experienced trauma, among many others. Those of us who belong to this group (myself included) learn that asking for help is weak and that we are unable to care for others because we ourselves are seen as a burden on our caregivers. I have personally seen people lose respect for me when I ask for help. Worse, my attempts to help others are rejected by those who have hardened themselves into pseudo-independence. In some friendships I just pretend to have perfect sanity because the other person doesn’t want to hear about my sanity but talks to me about their issues. These relationships make mutual aid and interdependence impossible.

Why is the most attention, attention and sympathy given to young, able-bodied, neurotypical, affluent, thin, caste-privileged, heterosexual and cisgender people? The recent heartbreaking murder of Arbaaz Aftab in Belagavi for loving a Hindu woman raises many questions, one of which concerns police and media attention. In the case of Nirbhaya’s rape, torture and murder in 2012, some arrests were made within 24 hours. His parents rightly had the greatest sympathy. The public protested in large numbers. In Arbaaz’s case, police questioned some people but waited 11 days to make arrests. The outrage of the media and the public has been limited over the Nirbhaya case. And how much and for how long will Arbaaz’s mother, Nazima Sheikh, be worshiped as a grieving parent? There are countless examples of this type in all walks of life that contrast the interpersonal, social and institutional care given to one community versus another.

Back to interdependence: not only do we all depend on others for the production of our food and other necessities, but we also depend on the people and institutions around us for our personal care. If not now, then when we are older our bodies will teach us the need for interdependence no matter how privileged we are. As Srinidhi Raghavan writes: “The aging body that needs support is not something we want or desire. Especially in a way where we have to be intimate with it and not be detached from the person with the body in need. “

Buddhism, which reiterates the inevitability of old age, sickness and death, seems to agree. The Canon Pali tells us:

Life is swept away, almost nothing of its duration.

For a swept up to old age, no refuge exists.

Perceiving this danger in death,

we must let go of the world’s bait and seek peace.

“There are no shelters”. We cannot be safe from our own body. We are all vulnerable. Here’s an excerpt from an Instagram post I saw recently:

“I don’t know who may need to hear this, but hyper-independence is the result of trauma. “I don’t need anyone and I have to do everything myself” really means, “My ability to trust has been hurt by people who have systematically let me down and failed me. “

One of my favorite things to read in times of suffering is an eight-volume Japanese manga series titled “Buddha” by Osamu Tezuka, illustrating a fictional account of the life of the Buddha. In volume 4, before his enlightenment, Siddhartha is shown helping his friend Tatta who was nearly lynched to death by the local villagers, and his house was set on fire for being an “outcast”, as the translation puts it. English. Siddhartha tries to protect Tatta from another lynching, this time for daring to cross paths with a forest meditator while looking for food:

But Siddhartha is not an upper caste savior in this story. He is addicted too. In the same volume 4, while experimenting with different types of meditation, he tries the starvation method. As he is on the verge of death and under pressure from his peers to continue, Tatta visits him and tries to make sense of him by skinning, cooking and offering him some roast deer from his hunt:

And in volume 8, when the Buddha reaches his last months and slowly dies from acute indigestion, we see him in his greatest vulnerability, unable to move, entirely dependent on his helper Ananda. We see his disciples, whom he helped a lot with his teachings, bringing him water and “clothes”. For me, this is one of the most powerful messages of human fragility and interdependence: this depiction of the Buddha in adult diapers. Of the three refuges of Buddhism (Buddha, dhamma, sangha), the value of the sangha shines the most in this scene:

Jarvis Jay Masters is an American Buddhist writer and spiritual leader living on death row. In the footsteps of 8e century Indian Buddhist monk Shantideva, he made a bodhisattva vow in the Vajrayana tradition – helping all sentient beings (to put it very roughly in my own words). In his book Find freedomMasters describes making this vow, then reveals the harsh reality of prison life when he asks his teacher Chagdud Tulku Rinpoche: “Helping others could cost me my life here. Can I qualify my wish as common sense? Can I use my intelligence not to cause my own death? He receives a positive response, but the reader is confused and confused. Committing to be a bodhisattva on death row could easily kill Masters, but he chose to serve others there against all reason.

We may not all be Jarvis Masters, but could service in our little daily lives teach us more about interdependence and “helping each other”? If it is possible for Masters to exercise healing in a hostile and violent environment, it is surely possible for the rest of us. Serving others is not a purely selfless act anyway. In my own experience, metta (compassion in Pali) meditation improves my sense of well-being and studies support this experience.

In Buddhist monastic life, one of the ultimate manifestations of interdependence, vulnerability, and the need to depend on social support systems is the tradition of the begging bowl, which monks depend on for food. A monk begs for food from lay households and receives it in his bowl, and must eat what is given. As the Theravada Buddhist monk Ajahn Sumedho describes:

“We can’t say we want high quality food – I want this, I want that, I like this, I like that. We’re not even supposed to hint. What do you want Ajahn Sumedho? What do you prefer? You are not supposed to say anything. You just take what you get in your alms bowl.

In another context, this could be a metaphor for taking life as it is, but for me it is a simple example of interdependence: the lay community receives spiritual service from the monastery, and the monastery receives material service. in return. As a monk, it must be difficult to maintain an illusion of independence with these rules. Can we also find non-monastic ways to remember to give and receive generously?

Sneha R is a Bangalore-based writer. She has been trying to make sense of her bipolar diagnosis since 2006. She loves trees and reads too many self-help books.

The opinions expressed are those of the author.