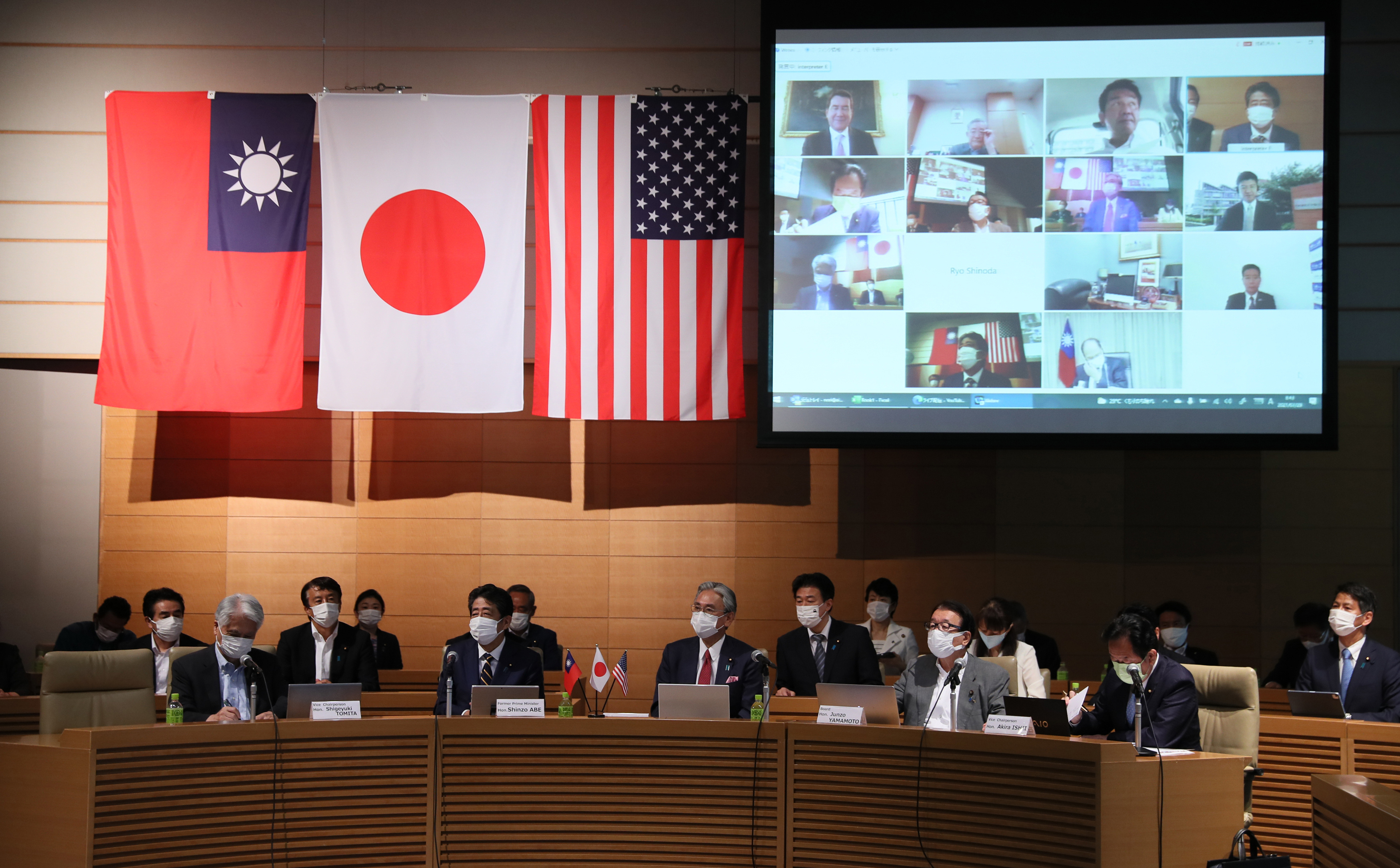 As tensions rise across the Taiwan Strait, the urgent sense of threat increases in Japan. So too is the realization of the need for trilateral cooperation with the United States and Taiwan.

The prevention and management of the military crisis across the Taiwan Strait has been regarded for decades as one of the main reasons for the existence of the Japanese-American alliance, along with the defense of Japan and the peninsula. Korean. North Korea has long been Japan’s number one threat, but now China has replaced it. In a recent survey in Japan, 80% of those questioned replied that they felt threatened by China. Respondents were not even asked if they felt threatened by North Korea.

Why Japan is worried

The reason why the Chinese threat is gaining more and more attention in Japan is not only due to China’s aggressive and stubborn activities around the Senkaku Islands. It is also the emerging perception that the problem of Taiwan is also the problem of Japan. If Taiwan were to be attacked, Japan would inevitably be attacked too, mainly because Japan hosts the U.S. armed forces at several major bases and facilities across the country, including the U.S. Seventh Fleet. Taiwan and Japan are situationally in the same theater of operations when it comes to dealing with potential aggression from China.

This kind of view gained popularity when then Japanese Prime Minister Yoshihide Suga and US President Joseph Biden issued a joint statement after their first meeting in April which said, “We stress the importance of peace and stability across the Taiwan Strait.” Another survey conducted shortly after this meeting showed that 74% of the Japanese public – an overwhelming majority – supported this commitment.

This strong support, along with the Japanese public’s perception of the Chinese threat, sparked a sense of “resist China and help Taiwan”. When China imposed sanctions on the importation of pineapples from Taiwan, Japanese consumers responded by voluntarily buying Taiwanese pineapples. When Taiwan was struggling to obtain COVID-19 vaccines, in part because China allegedly blocked their import, the government of Japan given quickly and repeatedly part of its inventory in Taiwan. When Taiwan decided to join the trade framework of the Comprehensive and Progressive Agreement for the Trans-Pacific Partnership (CPTPP), Japan immediately expressed Support.

These examples are clear manifestations of the consensus view that Japan should stand with Taiwan in the face of growing pressure and intensifying intimidation from China. Behind such a consensus is of course the realization that supporting Taiwan is not only a demonstration of goodwill towards a democratic neighbor, but also necessary to protect the interests of Japan from China, whose strategic intentions raise doubts. and fundamental fears among the Japanese population.

However, beyond support for pineapples, vaccines and CPTPP, if Japan is to justify its commitment to “peace and stability across the Taiwan Strait” at the political level, it has no other choice but to turn to the Japan-United States-Taiwan trilateral. fits with the United States at its center.

Why Japan must cooperate with the United States in Taiwan

The need for this trilateral framework stems from Japan’s limitations to having only “working relations on a non-governmental basis” with Taiwan, a consequence of the transfer of its diplomatic recognition from Taipei to Beijing five decades ago, when the expectation of relations with China was much more optimistic. Under this self-imposed restriction, there is no way for Japan to conduct any direct and meaningful political coordination with Taiwan, let alone work together militarily to deter or repel an invasion by China. Japan does not even have an active-duty defense attaché in Taipei. At the Ministry of Defense in Tokyo, there is no section or even a single official officially responsible for managing relations with Taiwan. The official communication channel is almost non-existent.

The only way to overcome this systemic challenge and coordinate effectively with Taiwan is through the United States, which has a much deeper relationship with Taipei based on the Taiwan Relations Act (TRA). The law states that it is the policy of the United States to help Taiwan defend itself. For example, it was recently reported that the United States sent a special operations unit and a contingent of Marines to Taiwan to train the Taiwanese military forces.

Japan’s intention to institutionalize the trilateral relationship is clear. It was shown when Japan joined the Global framework for cooperation and training (GCTF), which was originally launched by the United States and Taiwan. The Japan-Taiwan Exchange Association, which is the unofficial representative of the Japanese government in Taiwan, has co-hosted all of the GCTF workshops since 2019. This has created a trilateral framework, although it is non-governmental and non-military.

Japan has a legal and policy framework to respond to military clashes involving foreign countries other than the United States, when such situations pose serious threats to the security of Japan. In reality, however, it is difficult for Japan to conduct such military operations on its own.

This institutionalization of the Japan-US-Taiwan relationship is by no means an easy task. The fundamental issue is to have a unified vision of strategic objectives and the best way to achieve them. It sounds simple and obvious, but it doesn’t have to be.

The difficulty of finding a consensus on Taiwan

The United States’ long-standing approach to Taiwan’s problems is to commit to helping Taiwan with its self-defense capability, as stipulated by the TRA. The Trump administration broke with this policy when it declassified the “American strategic framework for the Indo-Pacific” a week before the handover of power to the Biden administration. He said: “Design and implement a defense strategy capable of defending the nations of the first island chain, including Taiwan. This could be understood to mean that the United States itself would take direct military action to defend Taiwan, instead of just helping Taiwan defend itself. Biden appeared to imply that his administration has taken a similar approach on a few recent occasions, most recently during a CNN town hall October 21. When asked if the United States would stand up for Taiwan, he replied, “Yes, we have made a commitment to do so. But the White House immediately clarified his statement that the president has not announced any changes in US policy and that “we will continue to support Taiwan’s self-defense.” Rather, it suggests that official US policy remains with the TRA, and the US maintains its so-called strategy of ambiguity.

Japan’s position is more conservative. This does not go beyond the commitment that Japanese Prime Minister Suga made in the joint statement with Biden, which is to “emphasize the importance of peace and stability across the Taiwan Strait and encourage peaceful resolution of cross-strait issues.” A prominent Taiwanese scholar in Japan highlighted that this is not a commitment that Japan would defend Taiwan. Of course, it made the news when Deputy Prime Minister Taro Aso declared a few months after the Suga-Biden summit that Japan “should defend Taiwan” with the United States if the island is invaded by mainland China, but its declaration was never approved by the Japanese government.

For now, neither Japan nor the United States is clearly committed to intervening directly in a military conflict to defend Taiwan.

The Evolution of Taiwan’s Defense Strategy

The other potential problem is Taiwan’s defense strategy itself.

Taiwan’s defense strategy is going through a rather confused transition. The Global Defense Concept (ODC), which was launched in 2017 and was describe as a “revolutionary new approach to the defense of Taiwan” by a former senior official in the US Department of Defense, suddenly disappeared from the Taiwan Quadrennial Defense Review 2021, which was published in March of this year.

It once seemed that Taiwan was restructuring and fundamentally updating its defense strategy under the ODC using an asymmetric approach to close its critical resource gap with China. The gasoline One of Taiwan’s asymmetric capabilities is to equip military forces with “a lot of little things,” such as sea mines and anti-ship cruise missiles instead of advanced fighter jets and heavy tanks. This basic direction may not change, but it is now difficult to predict where the transition will end up ending. A fierce battle over strategic thinking within Taipei’s national security political circle is reported in the Taiwanese media.

The question is whether Taiwan can come up with a new systemic defense strategy based on this asymmetric approach. The jury is still out.

Greater coordination is also needed in other less politically charged areas, such as humanitarian aid, disaster relief and cybersecurity. Japan should probably aim to establish cooperation in these areas as a first step in improving trilateral cooperation.