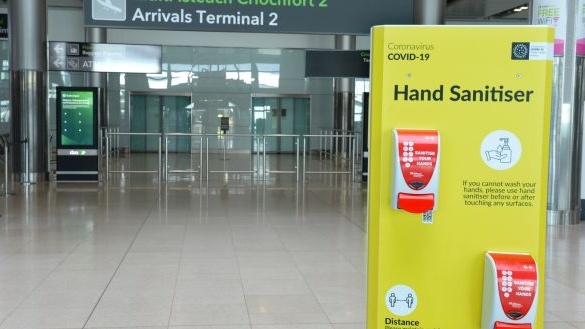 The first cohort of Afghan refugees to be accepted into the state after the Taliban takeover of Afghanistan will arrive at Dublin Airport tonight, The Irish Times has learned.

“Fewer than 10” Afghan refugees are expected to arrive in Dublin on Monday evening on a commercial flight, and “more will arrive in the coming days,” a government spokeswoman said.

The spokesperson did not respond to whether the new arrivals would be taken to one of the state’s Emergency Reception and Referral Centers (EROCs), which are primarily used to accommodate Syrian arrivals under the Irish Refugee Protection Program.

A government source said last week that most Afghan arrivals would be accommodated at EROC centers in Clonea in Co Waterford, Ballaghaderreen in Co Roscommon and Mosney in Co Meath where there is room available. The same source said that a group of 200 people, made up mostly of female-headed households, had been selected to come to Ireland in the coming weeks.

These will be in addition to those who had previously applied for visas to move to Ireland or to move for family reunification.

It is understood that the first groups to arrive here were all evacuated from Afghanistan last week and will largely be made up of Afghan staff from the European External Action Service – the EU’s diplomatic service – and will include financial officers. , logisticians, program managers, secretaries, guards and housekeepers.