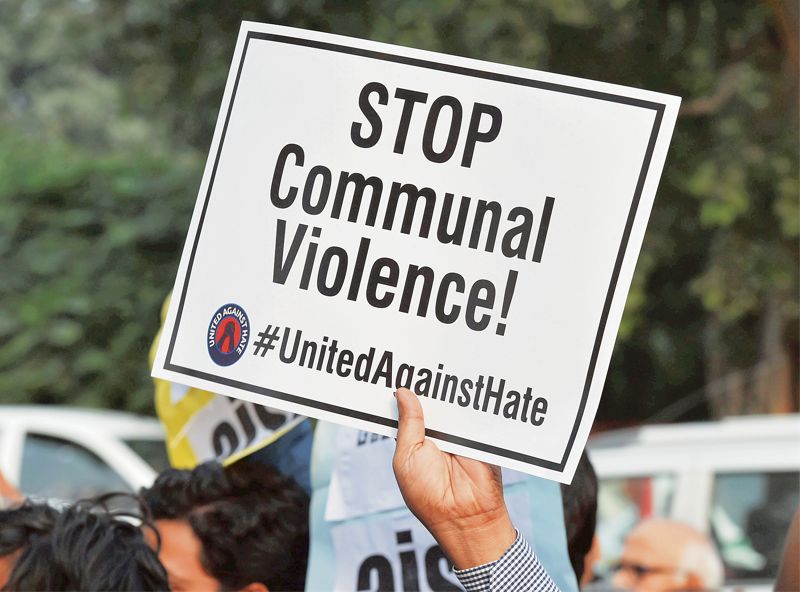 THE wave of hate crimes across the Hindi belt, recorded on cellphones and shared via social media, is seen as the normalization of barbarism in public life and a reflection of the growing majority sentiment against minorities, especially Muslims . Hate crimes recorded also show an intersection between technology and unemployment and the resulting drift among young people. It is a brutal, multi-layered time in which hate crimes have become all too common.

There are several layers to this phenomenon. First of all, he is motivated by new technologies. In 2017, India experienced some sort of telecommunications revolution as the price of mobile data plummeted. By offering free data and calls when it was launched, a leading telecommunications company plunged the industry into a spin; The telecom majors then began to offer the cheapest internet data in the world. In four years, cheap cell phones and data have penetrated all parts of the country and all segments of society now have access to smartphones. Indeed, in 2018 itself, Amitabh Kant, CEO of NITI Aayog, said that India had become the world’s leading consumer of mobile data with higher consumption than the United States and China combined.

The phenomenon of hatred for the record is based on this technology. It could be argued that multiple crimes took place across the country but were not recorded for posterity in the days when not everyone had easy access to video technology. At the same time, it should also be noted that the perpetrators of these crimes could commit them in part because they can now record them and amplify the message to the whole world. This leads to the question of whether the pleasure of recording their actions also leads to public intimidation, beatings and humiliation of Muslims. In some cases, citizen viewers may have recoded the violent incidents, but more often it is those who commit the acts themselves who proudly record and share the video clips as they believe that targeting minorities sums up their ideology and has a popular sanction.

Take the case of Dasna temple priest in Uttar Pradesh’s Ghaziabad district, Yati Narsinghanand, who was first released to the public after a Muslim boy was beaten on temple premises earlier this year. Priest Dasna has since become known for making despicable words and threats against Muslims, and for insulting the Prophet. He recently “graduated” to insult Hindu women at BJP, for whom FIRs have now been filed against him. But he’s entirely an emblem of hate that feeds on social media and recorded statements that are magnified because they are outrageous. The lifeline for people like him are the recorded videos, now easily made with mobile technology.

India is among the youngest population in an aging world. By 2022, the median age in India will be 28 compared to 37 in China and the United States, 49 in Japan and 45 in Europe. A young population has been viewed as a demographic dividend driving economic growth historically, which is why countries with aging populations allow migrants. But India’s youth are currently facing the worst unemployment rate since the economy opened in 1991. The economy was already contracting when the Covid lockdowns hit hard. In other words, masses of young people face hunger, unemployment and a bleak future. This is especially true in the Hindi belt states which are lagging behind South and West India on socio-economic and human indices.

In such a dismal scenario, there is arguably an opportunity to belong to a so-called Hindu vigilante group in much of the Hindi belt, where the political ecosystem is now dominated by the BJP / RSS. While it is difficult to quantify this with data, it should be noted that many of the targets of recent crimes have been Muslim workers in the informal sector. It is now easier to drive Muslims from their land, from their place in the market, from their jobs.

All this is happening in a country where brutality against sections of citizens on the basis of their social origin is sanctioned. Ostracism, exclusion and public abuse have always taken place in a society which sanctifies caste hierarchies, although today the arithmetic and logic of politics create momentum away from caste atrocities in the world. ‘Ancient. The SC & ST Atrocity Prevention Act of 1989 has also been a deterrent as it calls for long prison terms. Crimes against Dalits and Adivasis still take place, but there is no political narrative that endorses these offenses.

The imagery we once associated with caste atrocities in the Hindi hinterland is now part of the experience of these Muslims who end up in the path of hateful crowds. A law as strict as the SC / ST law may be needed to tackle this shameful spectacle of crimes, but politics has shifted in a direction in the Hindi belt where most non-BJP political parties seek Muslim support while avoiding the issue of speaking in the name of the rights and protection of the community.

But ultimately, in a time of desperation and unemployment, the project to change the idea of ​​India has resources, manpower and energy devoted to it. These heinous crimes are ultimately taking place under the aegis of a shifting political consciousness in the Hindi belt states and the victims are the collateral damage of building a “Hindu first nation”. There have been a few symbolic and FIR arrests, but these crimes are being recorded on telephone cameras by groups of radicalized young men who also believe they are granted immunity because they are infantry from New India.