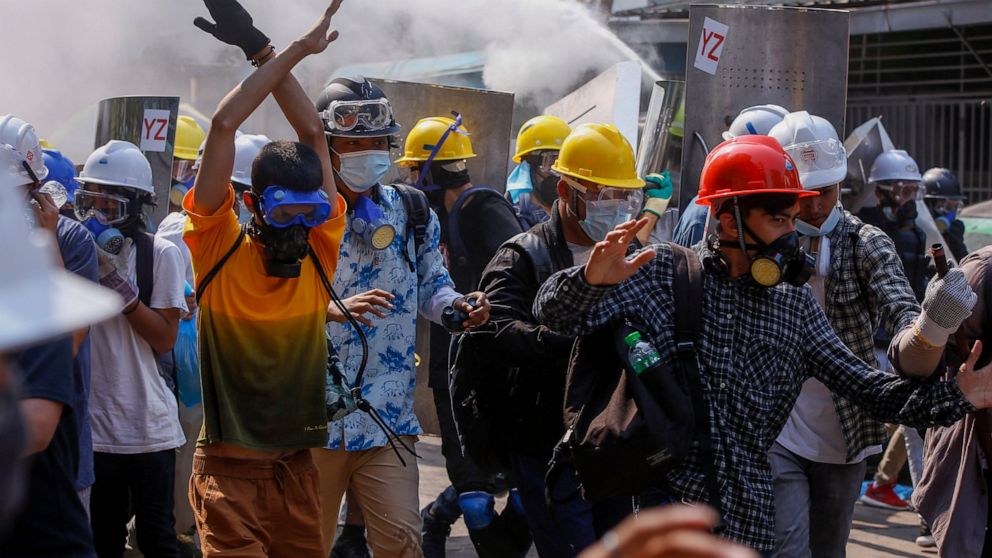 BANGKOK – In his opening address to the United Nations General Assembly last week, Secretary-General Antonio Guterres bracketed Myanmar, Afghanistan and Ethiopia as nations for whom “peace and stability remains a distant dream ”.

He declared his unwavering support for the people of the turbulent and military state of Southeast Asia “in their pursuit of democracy, peace, human rights and the rule of law.”

But the situation in Myanmar after the army seized power eight months ago has turned into a protracted bloody conflict with escalating violence. Still, the UN is unlikely to take meaningful action against Myanmar’s new rulers, as they have the backing of China and Russia.

When the Burmese military toppled Aung San Suu Kyi’s elected government, she claimed with little evidence that the general election her party won last November in a landslide was marred by massive electoral fraud. The takeover almost immediately sparked widespread street protests that security forces attempted to crush. Since then, the repression has become violent.

“The army’s iron grip on power is met with resistance from large segments of society. Weapons of war continue to be deployed in cities to suppress opposition, ”said Michelle Bachelet, United Nations High Commissioner for Human Rights, on Thursday. “These disturbing trends suggest the alarming possibility of an escalation of the civil war.”

Human rights groups have documented numerous abuses by government forces, including the use of lethal force against peaceful civilian protesters and enforced disappearances. But the army’s enemies have also turned to terror, as even its supporters admit. Local administrators who refuse to give up their posts are the targets of assassinations, as are civilians labeled as informants.

“Sabotage and murder are not the norm in a civilized society,” Mon Yee Kyaw, executive director of Myanmar-based think tank Nyan Lynn Thit Analytica, said in an email interview. But due to the violence perpetrated by the military, tactics of bombings and assassinations have been adopted as defensive measures, she said from Thailand, where she is now.

“People definitely believe that they need to take action to defeat the military before the monster kills people,” she said.

The stakes are high, warns Bachelet of the UN. “The national consequences are terrible and tragic. The regional consequences could also be profound, ”she said. “The international community must redouble its efforts to restore democracy and prevent a wider conflict before it is too late.

But there is at least one major obstacle to future UN action, which could include measures such as a comprehensive arms embargo. China and Russia are among Myanmar’s main arms suppliers, as well as ideologically sympathetic to its ruling military. Both are members of the Security Council and would almost certainly veto any UN effort to impose a coordinated arms embargo, or anything beyond a casual call for peace.

The current envoy, Ambassador Kyaw Moe Tun, changed his allegiance shortly after taking power in February to the opposition’s underground national unity government, which presents itself as the legitimate alternative to the ruling generals. For at least a few months, he seems likely to retain his seat – or at least deny it to someone appointed by the military government.

It is a rare feather in the diplomatic cap of the shadow government, which has not been recognized by any nation, but it would come at the cost of the envoy’s silence during discussions within the global body, including the opportunity scheduled for Monday to speak on behalf of his nation.

Countries sympathetic to the opposition, such as the United States and Britain, have adopted diplomatic and economic sanctions that pose a major inconvenience to the generals in power. But calls for more decisive intervention, such as within the humanitarian doctrine of the right to protect, fell on deaf ears long ago.

Peaceful protests in towns and villages in Myanmar that began in February have been combated with lethal force by security forces. To date, more than 1,100 people have been killed, according to Bachelet of the UN and human rights groups.

As a result, the demonstrators began to brandish simple homemade weapons, and then to organize themselves into local militias which they called “People’s Defense Forces”. While these groups were created primarily to defend localities against government attacks, some have become more proactive, engaging in assassinations and bombings of government offices and business enterprises with links to the military.

The government of national unity aspires to transform them into an army. It has also forged alliances with militias established by ethnic minority groups in border areas where they are dominant. Most of these ethnic armed organizations have fought for decades against the central government for greater autonomy.

With up to 70 years of combat experience, groups such as the Kachin in the north and the Karen in the east have the potential to put additional pressure on the government. Some also offer military training for activists and shelters for opposition leaders.

The government of national unity paved the way for an escalation of violence when, on September 7, it called for a national uprising, declaring a “defensive war of the people.”

“It’s hard to say if this will be productive and what the long-term consequences might be,” Christina Fink, professor of international affairs at George Washington University in Washington, DC, said by email.

“The regime certainly has the edge in terms of military expertise, weapons, equipment and manpower,” Fink said. “The military is suffering from resistance, but it is not clear whether these tactics will result in a military surrender.”

She and other observers point out that the opposition also continues to exert non-violent pressure, such as refusing to pay electricity bills, which robs the regime of much-needed money.

“Junta troops fight because the troops have to follow a chain of command, and members of the People’s Defense Force fight because they want to defend democracy against dictatorship,” he said.

The military has failed to win so far “because so many people are willing to lose everything to defeat the military regime,” Fink said. “Their anger and hatred towards the military runs incredibly deep. “

“It’s because the election results clearly demonstrated the will of the people, and the military won; because people equate military rule with economic, political and social setback; and because the military acted so brutally towards civilians, including children, and people not only heard about it, but saw graphic images documenting it on social media.