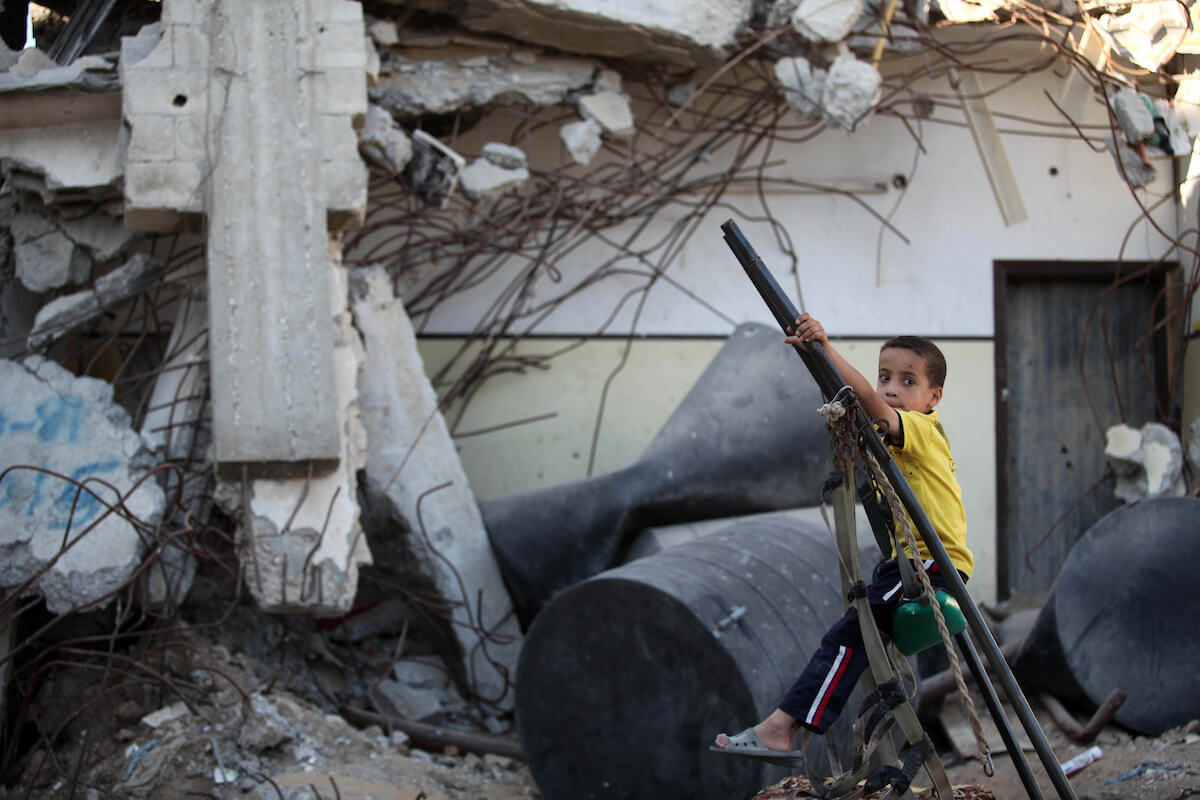 A new report has revealed the devastating cost of explosive weapons used against civilian life in the Gaza Strip during Israel’s May offensive on the besieged coastal enclave, which killed around 259 Palestinians.

Airwars, a UK-based non-profit organization that tracks and documents damage to civilians in conflict zones, has released a new report and interactive map documenting the effects of the Israeli offensive on civilian life in Gaza, one of the most densely populated places on the planet.

The 11-day offensive on Gaza left 259 Palestinians dead, according to the Gaza health ministry. Of these victims, Airwars estimated that between 151 and 192 were “non-combatant” civilians.

While the vast majority of civilian casualties are due to Israeli airstrikes, Airwars estimated that between 15 and 20 civilians were killed by duds by Palestinian groups inside the territory. Ten Israeli civilians were also killed as a result of Palestinian rocket fire, according to the report.

In its research, Airwars found that over the 11 days, one of the main ‘drivers of civilian damage’ was the population density of the bombed areas, with the highest number of civilian casualties reported in high density areas. population.

Throughout the 11-day offensive, Israeli military leaders and security officials perpetuated the narrative that the military carried out “targeted attacks” aimed at minimizing damage to civilians.

These claims were reiterated in a statement to Airwars; an army spokesman said that during the offensive, “The IDF struck military targets belonging to Hamas and other terrorist organizations in the Gaza Strip. In particular, the IDF struck rocket capabilities, weapons development and production facilities, cyber warfare capabilities, and underground infrastructure; all in order to prevent continued rocket attacks on Israel and to eliminate the threat to Israeli civilians.

“As the terrorist organizations in the Gaza Strip are deliberately implanting their military resources in densely populated civilian areas, the IDF is taking all possible measures to minimize as much damage to civilians and civilian property as possible …” the official said. Israeli.

According to Airwars’ findings, however, among the 1,500 airstrikes carried out by Israeli forces, which claimed to target only Palestinian militant and military outposts, “militants were routinely targeted in non-military settings,” by Israel , resulting in high levels of civil damage.

In fact, according to the report, in more than 70% of incidents where civilians were reported injured in Gaza in May 2021, Airwars “found no local or official reports of militants also being killed or injured in the Gaza Strip. attacks. That is, civilians were the only known victims.

“Most of the civilians killed occurred in densely populated areas of Gaza. Of the 1,500 strikes declared on the territory by the IDF in May 2021, eight percent (128 events) were associated with claims for civilian damages, ”the report said.

Airwars went on to say that “these high levels of civilian casualties in May 2021 – at least 151 civilians killed and 555 injured in just eleven days of fighting… could and should have been anticipated by the IDF.

The group also denied claims by the military that it routinely warns civilians in Gaza of an impending airstrike in order to “minimize” damage to civilians, saying that “according to our assessments we have only found two of 116 civilian damage events where local sources said they had been warned before an attack.

“The Gaza campaign in particular can be seen as part of a deeply disturbing trend in which states and others are carrying out intensive military actions in urban areas, often with devastating results,” the report said.

Children among the most affected

The report notes that, as with Israel’s three previous offensives on Gaza, Palestinian children paid a particularly high price during the offensive, with children aged 17 and under accounting for more than a third of the total. all reported civilian deaths.

“Children have been killed almost every day in the Israeli strikes on Gaza,” the report said, with one of the deadliest days of the offensive against Palestinian children being May 13, the Eid al holiday. Fitr, when 10 children were killed.

“On May 12 and 13, when most Palestinians in Gaza were celebrating Eid al-Fitr, the end of the month of Ramadan, Airwars researchers identified the highest number of civilian damage events reported during the conflict. – with 17 and 16 civilians. the reported damaging events, respectively, ”the report states.

Airwars also noted that at least 72% of the children were killed at night or in the evening, when the vast majority of Israeli airstrikes were carried out.

During the deadliest day of the entire offensive, May 16, Israeli forces shelled al-Wahda Street in Gaza City, one of the city’s most densely populated residential areas.

The military claimed the attack targeted a network of tunnels under the street used by Palestinian militant groups. The airstrikes, however, caused several residential buildings to collapse, wiping out entire families.

According to Airwars, up to 49 civilians from three different families, including up to 18 children, were killed in what many Gazans now call the “al-Wahda Street Massacre”.

“Airwars assessments revealed that between 56 and 68 civilians were killed in four civilian damage events where Israeli forces reported targeting tunnels. Of these, at least 25 deaths were likely children. Up to 168 civilians were also injured in these events, ”the report said.

The report went on to say that “reports from local sources on the level of destruction and the nature of these civilian casualties also show that in many cases civilians have been killed where no activist appeared to be present – and that even where there were reported military targets, such as the tunnel network reported by Hamas, the loss of civilian life was far greater than even the IDF had anticipated.

Israeli actions in Syria against Gaza

“Analysis of these two campaigns shows that compared to IDF actions in Gaza, Israeli strikes in Syria are much less likely to result in civilian deaths or injuries,” the report said, noting that since 2013, according to the group’s findings, Israel killed between 14 and 40 civilians.

This is compared to other foreign players in the region, like the United States and Russia, whose forces have killed thousands of Syrian civilians in airstrikes over the years.

“The death rate among civilians and militants as a result of IDF actions also differs considerably between Gaza and Syria,” the report said. In Gaza, more civilians have been killed than militants, Airwars said, while in Syria reports say the IDF has killed more than 600 Syrian and Iranian militants and soldiers since 2013, far more than the number suspected civilians killed.

“The urban strikes on Gaza, Syria and Israel can therefore be seen as part of a troubling contemporary model, in which warring parties sometimes aggressively target densely populated areas – with devastating consequences for local communities. The report says.

“This report further demonstrates that military choices of target and location lead to profoundly different outcomes for civilians – and that the use of Wide Area Effect Explosive Weapons in Populated Areas (EWIPA) will often cause damage. catastrophic for the affected communities.

BEFORE YOU LEAVE – Stories like the one you just read are the result of years of efforts by activists and media like us supporting them by spreading the word, slowly but relentlessly.

It is not a coincidence. Our work has helped create breakthroughs in the way the general public understands the Palestinian struggle for freedom.

Mondoweiss is playing a key role in helping to change the narrative around Palestine. Will you donate so that we can continue to tell in 2022 the stories that will change the world in 2023, 2025 and 2030?