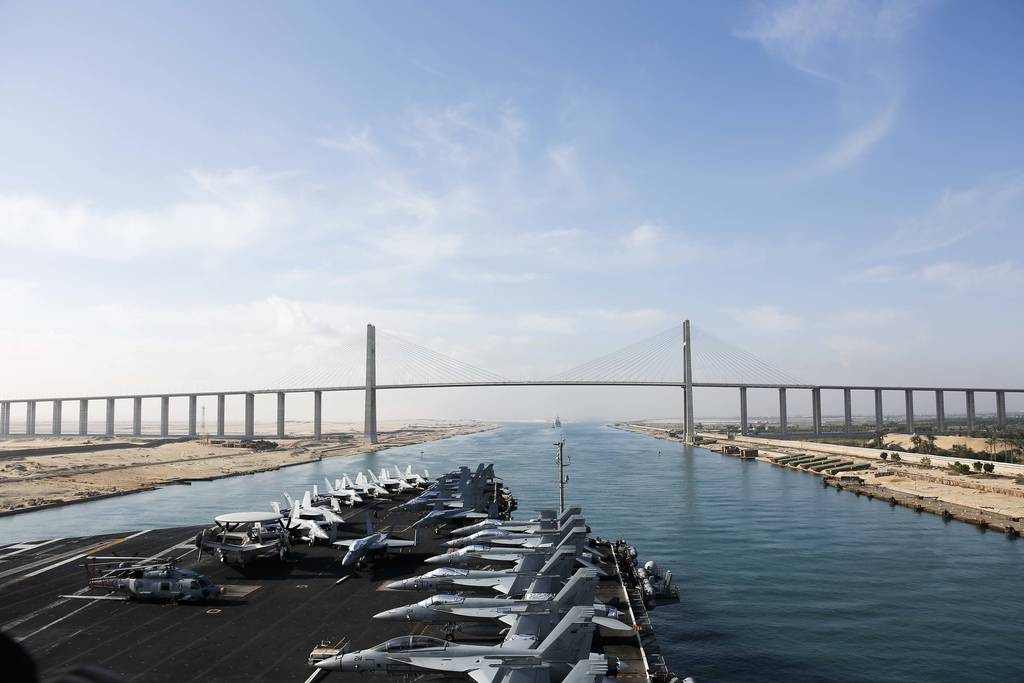 WASHINGTON – The head of the U.S. Army Central Command has said indirect competition with China and Russia in the Middle East will shape future conflicts and that the United States must respond.

The comments follow the March release of US President Joe Biden’s interim national security strategic direction document, which focused on the challenges of strategically competing with Russia and China for US interests. But this strategic competition is not limited to events in these countries, said Lt. Gen. Ronald Clark, who spoke at the Association of the US Army’s annual conference on Oct. 12. It also includes non-military events unfolding across the Middle East.

The area of ​​responsibility of command is vast. It includes 21 countries that are over 4 million square miles and are home to 550 million people in 22 ethnic groups speaking 20 different languages, Clark said.

Importantly for US interests, he added, it is also home to vast oil reserves. Almost 30 percent of petroleum and crude products around the world pass through three choke points under command. Clark pointed to the time the Ever Given supercargo ship recently clogged the Suez Canal for days as an example of the importance of these choke points. This incident disrupted 12% of world trade with an estimated cost of $ 9 billion. Clark’s command is responsible for ensuring access to global commons through Middle East choke points, he explained.

The main challenges for command operations are China, Russia, Iran and “violent extremist organizations around the world,” he said. But the commander mainly cited Russia and China, which he said are taking action in the Middle East to “establish conditions for future operations.”

The two nations blur the lines between competition, crisis and conflict, he added.

For example, China engages in an unrestricted war, which consciously expands the battlefield from traditional areas such as land, air and sea to social, political, cultural and economic spaces. An important part of this in the Middle East is the Belt and Road Initiative, which consists of a number of economic investments by the Chinese government and Chinese companies in foreign countries.

“The Belt and Road initiative affects practically all the countries of the [the command’s area of responsibility]”said Clark, pointing to a $ 300 billion investment by a Chinese company in the port of Abu Dhabi in the United Arab Emirates.

Meanwhile, China continues to import massive amounts of oil from the Middle East, helping Iran build a new export facility that will allow it to continue pumping oil beyond the Strait of Hormuz. “Their interests there are deep and enduring,” Clark said.

Meanwhile, Russia is practicing its own form of hybrid warfare using non-military means to create an operational environment where a smaller military force can enter and achieve its objective, Clark said. For example, a 2017 agreement allowed Russia to expand the port of Tartus in Syria, and it can now hold up to 12 nuclear-powered ships or submarines, he added.

“This now allows the Russians – if they wish – to project their power in the Mediterranean and Eastern Europe,” he said.

While not an actual conflict, Clark said these actions are part of strategic competition and will shape future conflicts in the Middle East and beyond.

“Events in one theater will – without a doubt – spill over into another,” he said. “Summary: All of our competitors set conditions in the [command’s area of responsibility] right now to which we must respond.