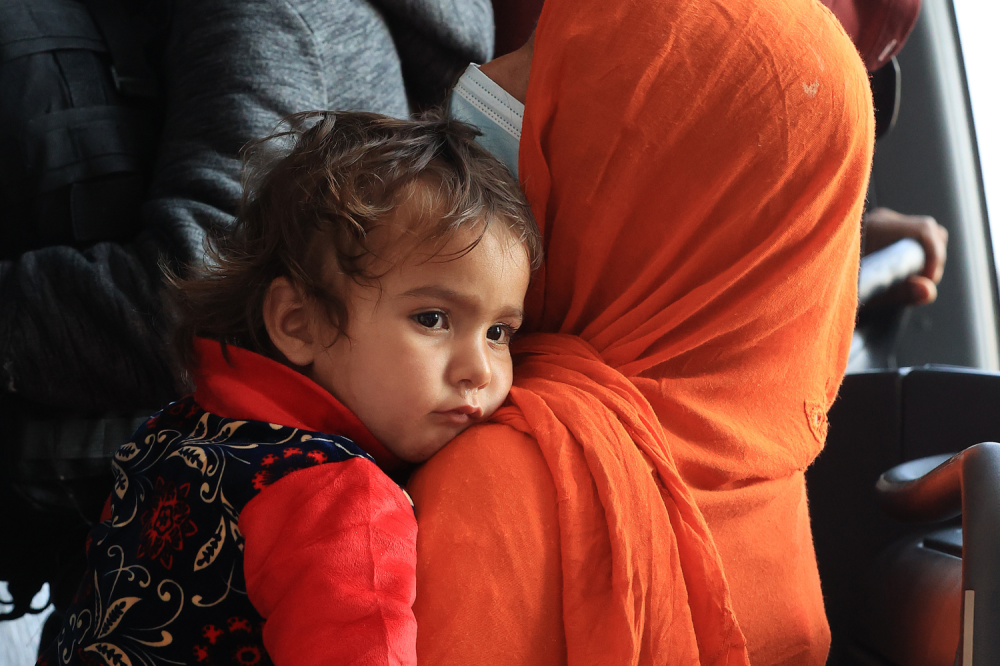 The speed with which the United States withdrew from Afghanistan is matched only by the speed of the Taliban’s rise to power. Images of Kabul’s rapid fall, peppered with scenes of desperate Afghans trying to flee, left the world scrambling to figure out what happened and what to do now. What comes at the end of eternity?

This chaotic uncertainty reflects the failure of US policy in Afghanistan over several decades and administrations– Republican and Democrat. But it’s more than that. It is a warning against the confused myopia that plagues the foreign policy of the left.

The speed with which the United States withdrew from Afghanistan is matched only by the speed of the Taliban’s rise to power. Images of Kabul’s rapid fall, peppered with scenes of desperate Afghans trying to flee, left the world scrambling to figure out what happened and what to do now. What comes at the end of eternity?

This chaotic uncertainty reflects the failure of US policy in Afghanistan over several decades and administrations– Republican and Democrat. But it’s more than that. It is a warning against the confused myopia that plagues the foreign policy of the left.

Broadly speaking, the dominant left in the United States has two schools of thought when it comes to the country’s role in the world. A centrist generation liberal internationalists salute the responsibility and power associated with the global power of the United States. They argue for interdependence and intervention for humanitarian reasons, and defend the power of capitalism to bring global peace and prosperity. They are challenged by a new group of leftists eager to end America’s seemingly endless foreign wars, sky-high military spending, and the bizarre dystopia of drone warfare.

Neither school has adequately confronted the political dilemmas highlighted by the US failure in Afghanistan.

Clearly, the responsibility for Afghanistan does not lie primarily with the left, many of which opposed the conflict initially. The war, started in 2001 by President George W. Bush, was plagued by corruption, incompetence and dereliction of duty from the start. But the American public should be less interested in blame and more interested in lessons learned.

One of those lessons for the left – from war in general, as well as from chaotic withdrawal – is that military intervention is not the only US foreign policy that can have dire consequences. The anti-interventionist left is an important reaction to the pride of liberal internationalism, but that does not mean that it can avoid responding to the created global liberal interventionism. Afghanistan shows the need for a foreign policy perspective that is more than just a negative reaction to previous failures. Anti-interventionism is not enough.

Both sides misunderstand the complexity and purpose of military intervention. Military intervention, like other policy options, is designed to combat threats, including the threat of fascism, as in World War II, and genocide, as in the balkanics in the 1990s. In the case of WWII, the United States waged a massive military campaign in Europe and around the world to stop the spread of fascism and the rise of Adolf Hitler and Imperial Japan. In the Balkans, a targeted coalition led by air power stopped a genocide in its tracks. No foreign policy is without unintended consequences, but in these cases military intervention has faced specific dangers.

This does not mean that intervention is always (or even often) the right foreign policy decision. To insist on the general effectiveness of the intervention is to promote an irresponsible policy and to ignore the recent failures in Afghanistan, Iraq and Libya. Liberal internationalism remains characterized by overconfidence in American power and a benevolent acceptance of its operating foundations. However, many leftists criticize these recent catastrophic interventions. without offering a convincing alternative. The universal rejection of US intervention falsely equivocates between many different global disasters, each of which deserves independent examination in light of what went wrong, what role the United States played in it, and what United States can do about it. In many cases, the answer can be nothing.

Many victims of American foreign policy do not die from military intervention but from disease in refugee camps or starvation behind a blockade. Brutal conflict, crimes against humanity, and moral subjugation are taking place all over the world, both where the United States has intervened and where it has not. Philosopher Hannah Arendt makes a distinction between “guilt” – reserved for individuals who directly commit wrong – and “responsibility” – applicable to all those who, collectively, through action or inaction, contribute to injustice. .

The left must reconcile its desire to avoid guilt with the inevitable responsibility that follows in a world still primarily shaped by the overwhelming power of the United States, both historically and in the present. A negative policy is not enough to save American foreign policy. The left needs to seriously think about what positive options are available and how to balance the possible harm of each.

The withdrawal from Afghanistan is a perfect example. Avoiding liability might have been an option in 2002; this is not an option now. In a world fundamentally shaped by American decisions, even non-military ones, Washington bears the responsibility, even the guilt, for many situations where the solutions are partial and painful at best. The Biden administration is scrambling to sell alternatives to boots on the ground. Plans are underway for increase the number of Afghan refugees admitted to the United States, no doubt a moral imperative. However, this is a mitigation measure in the unfolding disaster. Only a fraction of the Afghans in danger will escape; only a fraction of those who seek asylum will benefit.

U.S. officials are also likely considering increased sanctions against a Taliban-led government. These sanctions have long attracted criticism because of their downstream damage, inefficiency and inefficiency. Sanctions often have horrible effects on civilians. They are also almost impossible to impose on armed groups that operate in the informal market and remain difficult to trace.

Foreign aid also faces moral dilemmas. Aid is often refused by the supervisory authorities (as in the current conflict in Ethiopia), especially when these authorities use humanitarian disasters as a tactic of war. Evidence suggests that US food aid could even increase conflict.

A revised left-wing foreign policy must reflect the values ​​the left stands for at the national level and recognize the structural problems inherent in almost any foreign policy conducted by the United States. Moreover, it must vigorously express these dilemmas and avoid simplistic equivalences between contexts that do not share much more than apparent similarities. It must prioritize the voices of those its foreign policy aims to help and insist that Afghan lives matter as much as American lives. Only then can he avoid the double pitfall of liberal internationalism and crass isolationism to which many now turn in response.

Whatever policy the United States follows in Afghanistan – sanctions, covert operations, nothing – will have serious consequences for the Afghans. The left must face this ethical dilemma, openly and honestly.