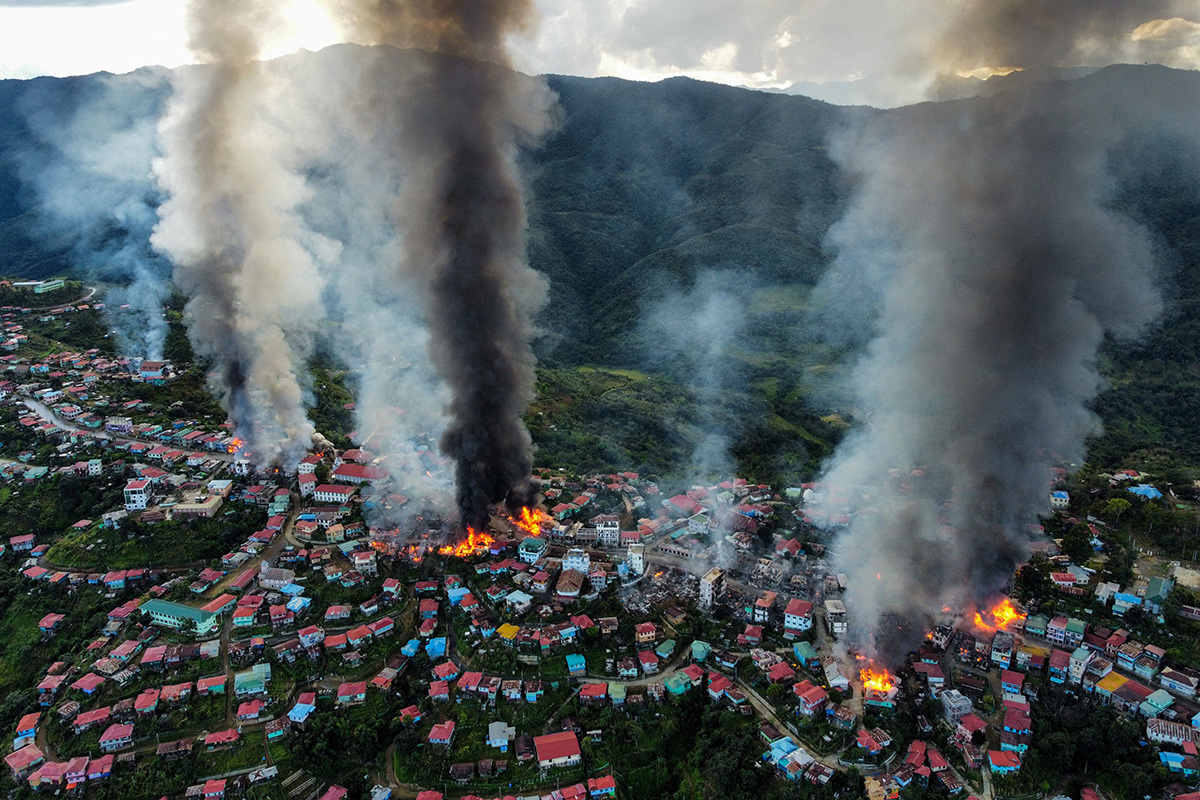 The Karenni Human Rights Group said it found the bodies of the victims on Saturday, the day after the massacre near the village of Mo So in the town of Hpruso.

“We were so shocked to see that all the corpses were different sizes, including children, women and the elderly,” said a commander of the Karenni National Defense Force, one of the largest of several. Civilian militias opposed to the junta which led to a 1 coup, told Reuters.

“I went to see this morning. I saw corpses that had been burned, as well as children’s and women’s clothes strewn about, ”said a local villager.

International aid group Save the Children said two of its employees were missing in the massacre, adding that it was suspending operations in this part of Myanmar, formerly known as Burma, NPR reported.

The army, also known as Tatmadaw, admitted to shooting and killing an unspecified number of KNDF “armed terrorists” in the village, adding that people were in seven vehicles and did not stop to stop. the military, Reuters added.

The presence of the Buddhist Nationalist Army makes civilians and militias in conflict-ridden states nervous. The army has been accused of damaging places of worship and civilian homes, raping girls and women, kidnapping civilians for use in forced labor and executing civilians.

Myanmar’s ethnic minorities, including Christians, live in the various conflict zones across the country’s borders with Thailand, China and India. Hundreds of thousands of civilians, many of them Christians, have been displaced due to escalating conflicts in the areas since the February 1 military coup.

Militias in these areas have been supporting pro-democracy protesters since the coup, which led to the use of heavy weapons by the Burmese military. Thousands of civilians in conflict areas have sought refuge in churches when their villages are under attack.

“Today, December 25, Christmas Day, is an important day of celebration and peace for the world. However, today, the genocidal junta has chosen to clearly state that peace is … ”, tweeted Dr Sasa, who is Union Minister of the Ministry of International Cooperation, spokesperson for Myanmar’s Government of National Unity and Myanmar’s special envoy to the United Nations.

“These acts clearly constitute the worst crimes against humanity and we expect all peoples and governments of the world to condemn these acts,” he said in a statement. “With the conviction, however, should come a commitment that these criminals will be brought to justice and held fully accountable for their actions.”

According to the KHRG, at least 651 homes, six churches and at least one clinic in Kayah state, also known as Karenni, were destroyed between May 21 and December 20, UK group Christian Solidarity said. Worldwide in a press release.

From June to May, at least eight churches were damaged in 30 days in Kayah and Shan states. According to Radio Free Asia, five civilians sheltering inside churches were killed.

In May, four civilians were reportedly killed and around eight injured when security forces fired artillery shells at a Catholic church in Kayah State.

Myanmar is ranked No.18 on Open Doors USA’s 2021 Global Watchlist of the 50 Countries Where Christians Face the Most Serious Persecution. The level of persecution in Myanmar is “very high” due to Buddhist nationalism. Burma is recognized by the US State Department as a “country of particular concern” for gross violations of religious freedom.