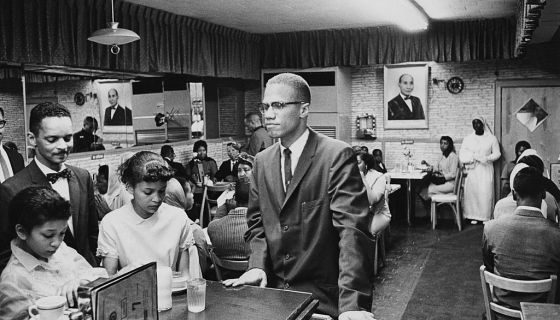 A father, a civil rights leader and symbol of courage; Malcolm X was a true pioneer in the advancement of human thought. Although in the 1960s he was vilified by the media and the government for his views on taking a violent stand against oppression and social injustice around the world, Malcolm used his words to fuel people. Whether written or spoken in one of his many speeches, Malcolm was able to express a thirst for freedom that people all over the world could understand. Her eloquent yet fearless writing and recitation style still resonates with people of all walks of life. Malcolm X quotes are among the most searched for quotes on the internet, and for good reason. There is almost a Malcolm X quote for everything. Below, we’ve separated some of his most important quotes into a few categories to help you understand them better. They might even help you generate inspiration for your next creative project.

1. “If violence is bad in America, violence is bad abroad. If it is wrong to be violent while standing up for black women and black children, black babies and black men, then it is wrong for America to enlist us and make us violent abroad to defend it. And if it’s right for America to enlist us and teach us how to be violent to defend it, then it’s right for you and me to do whatever it takes to defend our own people right here in this country. – Speech, November 1963, New York.

2. Regarding non-violence: “It is criminal to teach a man not to defend himself when he is constantly the victim of brutal attacks.” – Malcolm X

3. “I am for violence if nonviolence means that we continue to postpone a solution to the problem of the black American man just to avoid violence.”

4. “I am not in favor of violence. If we could bring recognition and respect to our people by peaceful means, so much the better. Everyone would like to achieve their goals with peace of mind. But I am also a realist. The only people in this country who are asked to be nonviolent are black people. “

5. “I don’t even call it violence when it’s self-defense; I call it intelligence.

6. “Education is the passport to the future, because tomorrow belongs to those who prepare for it today.”

7. “Without education you are not going anywhere in this world.”

8. “The media is the most powerful entity on earth. They have the power to make the innocent guilty and to make the guilty innocent. “

9. “The press is used to make it appear that (the black man) is the criminal and (the police are) the victim.”

10. “If you are not prepared to die for it, remove the word ‘freedom’ from your vocabulary. “ – Malcolm X

11. I am for the truth, no matter who says it. i am for justice, no matter who it is for or against. I am first and foremost a human being, and as such I am for anyone and anything that benefits humanity as a whole.

14. “I feel like a man who has fallen asleep a bit and is under someone else’s control. I feel that what I think and say is now for myself.

16. “I’m not going to sit at your table and watch you eat, with nothing on my plate, and think of myself as dinner. Sitting down at the table doesn’t make you a guest unless you eat a little of what’s on the plate. – The ballot or the ball

Malcolm X Quotes About The Future 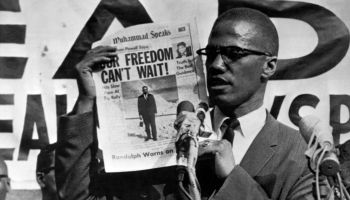